Top 10 Most Expensive & Cheapest Brooklyn Neighborhoods to Rent for 2020

RENT
Learn about the top five on our lists, and how much your combined salaries need to be to afford to live in these neighborhoods. Learn about our calculator and interesting stats on Brooklyn. 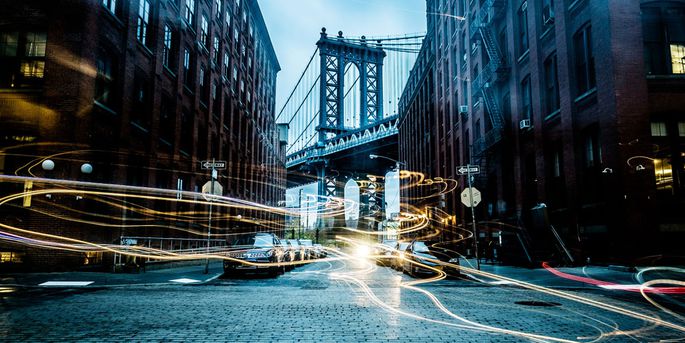 Now that January has rolled around, it's a great time to look at the numbers for the past year.

The top 5 neighborhoods probably won't be a major surprise as the top 5 have not shifted much in the past few years.

However, you may be curious to find out which are the top 5 lowest priced neighborhoods in Brooklyn, as this subject less frequently discussed.

To put things in perspective, let's look at a snapshot of the rental price averages by the number of bedrooms per apartment.

This makes the average rent in Brooklyn among all these bedroom types $2,848 per month and the required annual salary to be $113,920.

We're counting down to the highest-priced area on the borough and taking a look at what it costs to live there.

PropertyNest took the average of all one, two, and three-bedroom rentals to extract our top 5 list.

One, two, and three-bedroom units make up most of the rental market at any given time of the year, which make them a good measure of market activity.

We're also listing the estimated annual income needed to rent a one-bedroom according to the average in the neighborhood using our affordability calculator.

Keep it in mind that you may be able to find an apartment for less or more within each respective neighborhood as these numbers are averages. 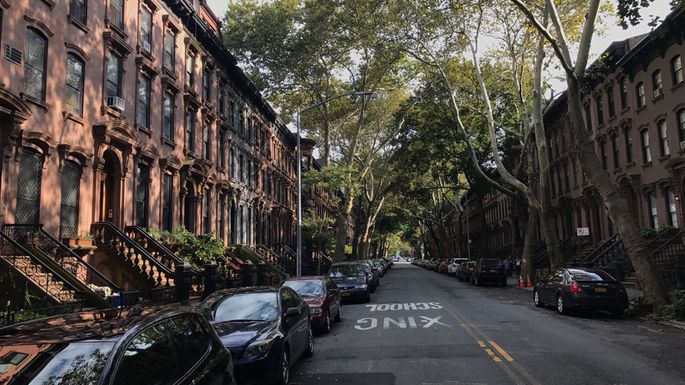 Fort Greene has made the most significant leap this past calendar year in both sales and rental prices.

While not considered a low-cost neighborhood for the past ten years or so, this year has seen the area outdo even Williamsburg in both sales and rental markets.

The rise is probably partly due to the recent development boom in the south end of its borders. Moreover, its proximity to other hot neighborhoods like Downtown Brooklyn, DUMBO, Prospect Heights and Boerum Hill make it an appealing choice.

You would need to earn approximately a yearly income of $128,400 to be able to afford the average one-bedroom apartment in the area. 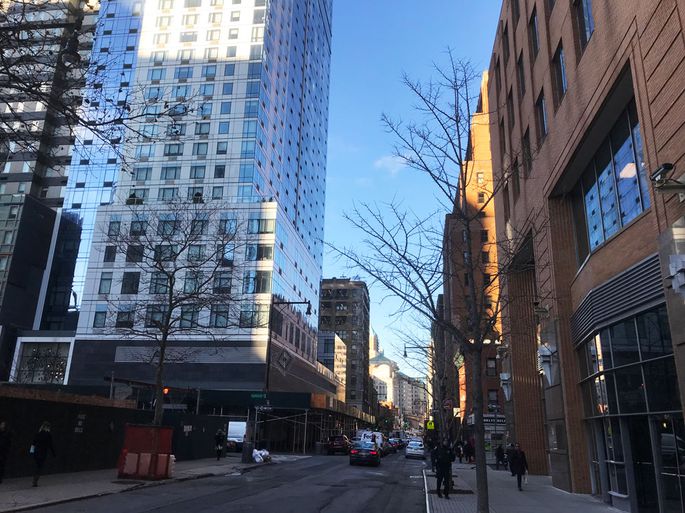 Perhaps no neighborhood has seen such a dramatic and sudden shift in its market as the Downtown Brooklyn area.

Most neighborhoods undergo a gradual change in types of developments and real estate prices.

While there has always been a fair amount of activity in the area as it has served as the base for civic and commercial life of the borough, recent rezonings have facilitated significant development coming to the area.

Now the area is filling up with luxury high-rises and high-end brand retailers.

The estimated annual income needed to afford a one-bedroom in Downtown Brooklyn is $134,000.

One visit to picturesque Cobble Hill will make it no surprise at all why this neighborhood is rated one of the most expensive and desirable in the borough.

The neighborhood is no stranger to high prices and an active real estate scene.

It once even set a record in 2015 for highest price residential sale for Brooklyn--a townhouse that sold for $15.5 million.

The area's popularity is deeply rooted in its long history of community activism and organizing, which has helped preserve its landmark status.

Cobble Hill is also a base for popular shops, restaurants, parks, and gorgeous townhouses.

A prospective renter will need to earn about $118,000 per year in order to rent a one-bedroom apartment.

Brooklyn Heights' second place ranking should come as no surprise.

The neighborhood has been considered the most expensive area of Brooklyn for decades.

It's long been synonymous with Brooklynites who have money. Today's Brooklyn Heights real estate market clearly continues to highlight that.

Only in the past 20 years have we seen other neighborhoods in Brooklyn like DUMBO and Williamsburg rise to dominate the borough in popularity.

The average one-bedroom apartment in the neighborhood can be fetched by an annual salary of $119,000.

Like Cobble Hill, the one-bedrooms start off easy, but the prices get significantly heftier with additional bedrooms.

Yet another year has passed with DUMBO sitting at the top as highest average rents in Brooklyn.

Rents only continue to rise and more and more new developments have opened up, with even newer ones yet to come.

The good news is that the neighborhood, long lacking in restaurants and supermarkets is finally getting its day--ironic for one of the most popular areas in Brooklyn.

DUMBO is hot and thriving, not just for people who want to live or work there, but as one of the top tourist destinations in the city.

A neighborhood being lower cost may cause anyone to think that these typically be more impoverished income areas or maybe even crime-ridden.

This top 5 list may surprise you as you learn about neighborhoods not as frequently explored.

Once again, we list the estimated annual salary needed to afford a one-bedroom in these areas.

Mill Basin is a little-known quaint predominantly residential neighborhood in the southeastern quadrant of Brooklyn.

This tiny neighborhood is mostly surrounded by the waterway known as Mill Basin, which is ultimately connected to Jamaica Bay.

This community has a suburban feel with it's low-lying houses and buildings but also offers national big box stores as well as Kings Plaza Shopping Mall.

According to the NYPD crime map, this area has a lower crime rate than some of the most expensive areas of the borough.

The rental prices are incredibly affordable, but the neighborhood definitely has its share of luxury.

Most notably, the shoreline is lined with sprawling mansions that fetch a pretty penny.

An estimated yearly salary of $60,000 should comfortably afford you a one-bedroom in the area.

Bensonhurst is not only one of the most diverse areas of Brooklyn, but one of the lowest crime neighborhoods as well.

Similar to lower Manhattan, Bensonhurst has an unofficial "Little Italy" as well as a "Little Hong Kong".

This quaint and quiet neighborhood has plenty of old-fashioned Italian bakeries and shops, as well as Russian and Asian restaurants.

Bensonhurst is a great place to get foods different cuisines as well as attractive rental prices.

A commute to the city will run you about 50 minutes, but the train ride to Coney Island is really quick for some R and R.

Bensonhurst is ideally situated near the Gravesend Bay for some fantastic views.

A modest combined income of about $62,000 should suit you well for a one-bedroom in Bensonhurst.

Brownsville might understandably be on this list, as it's had a long history of being one of the most impoverished and crime-ridden neighborhoods in Brooklyn.

Crime is still relatively high, but gets reported more frequently from this neighborhood because it seems to be a victim of its own notoriety.

An interesting article reveals the media's fixation on reporting crimes from Brownsville despite dips in violent crime.

All in all, the crime rate has dropped down significantly over the past 20 years, and savvy shoppers have begun snatching up real estate while no one was looking.

Rentals remain cheap, but you can still find plenty of multi-million dollar houses for sale in this area.

While overall rent is cheaper than Bensonhurst or Mill Basin, an approximate income of $70,000 will do you right for a one-bedroom in Brownsville.

East New York is one of the most notorious areas of the city. It's rock bottom rental prices should come as no surprise.

However, East New York is no one-trick pony. Like in Brownsville, overall crime rates have dropped year after year.

Furthermore, the city approved new zoning laws in 2016, which has amassed a lot of interest from developers who are looking for a new "it" spot.

Much of the development is in the affordable housing sector, but it's also cultivated some market rate development.

If you strike while the iron is still hot for low prices, a $65,000 annual salary should comfortably get you a one-bedroom in the East New York.

Our crowning neighborhood for lowest rental prices is Canarsie. You may have heard the name, but probably don't know too much about the South Brooklyn area.

It borders one of the other neighborhoods on our low-price list-- East New York.

Much of the residential streets have a similar vibe and style to semi-detached houses once can find in the Flatlands.

Canarsie can be reached by the L train...

The last stop is in the neighborhood!

If you make $60,000 a year, it should comfortably afford you a one-bedroom in Canarsie.

Williamsburg and Boerum Hill were just edged out of the top five for most expensive.

The good news for renters regarding Williamsburg is that (possibly due to an enormous inventory) prices seems to have leveled out in the past year or so.

Rent seems to only have gone up incrementally. Reports show that landlord concessions are also at an all-time high in New York.

Try the PropertyNest rent affordability calculator and find out what salary you should be making in to rent in your desired Brooklyn neighborhood.

Data for rental averages were aggregated from across different platforms for comparison and accuracy such as Trulia, Apartments.com, Online Residential and PropertyNest's proprietary data. The data was collected over one calendar year to reflect seasonal changes.

The Best Neighborhoods to Rent in Brooklyn 2020

Top 10 Most Expensive & Cheapest Manhattan Neighborhoods to Rent for 2020