Written by
Rachel McCray
Learn about entertainment, restaurant, housing, transportation, schools, and the general vibe of this thriving Brooklyn neighborhood from this complete guide.

Downtown Brooklyn is truly the center of it all. Bordered by Brooklyn Heights, Fort Greene, and Boerum Hill, the area is a central hub for businesses, retail, and a spectacular art and culture scene.

Although Downtown Brooklyn is not a huge neighborhood, over 150 retailers operate on the eight blocks of Fulton Street, appropriately named Fulton Mall.

The cultural district is a major hub for artists, housing The Theater for a New Audience, the BRIC Arts Media House, and the New York Transit Museum.

Once, the Downtown area was seen as a center for offices, government buildings, and courthouses.

Today, the neighborhood is a scurry of urban bustle and activity, full of entertainment, good eats, a growing skyline, and luxury housing and hotels.

The last decade has seen a major boom in construction, particularly in the retail and luxury housing sector, with an unofficial highest-skyscraper-in-Brooklyn contest going on.

One of the features of this neighborhood that makes it truly attractive to many is it's close proximity to Manhattan and the convenience of the many ways you can get to and from the city. 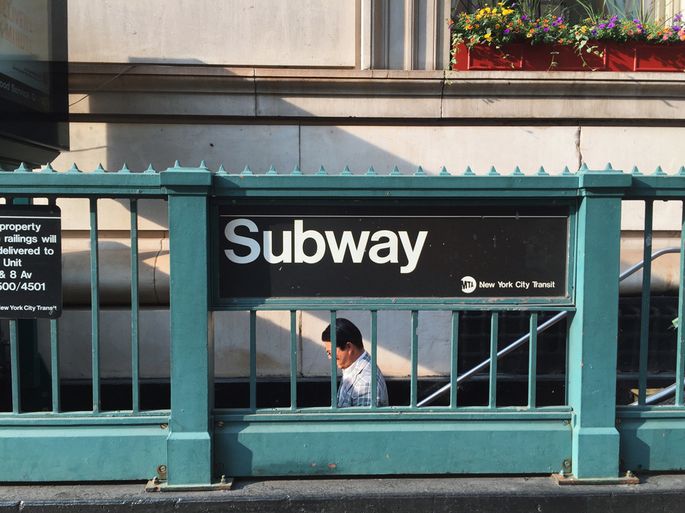 Conveniently located near all major subway lines, the Fulton Mall is an ideal meet-up spot for some shopping or to enjoy an upscale, dine-in movie experience at The Alamo movie theater.

Literally, almost any subway line can be reached at this major hub and the Long Island Railroad (LIRR) is just a short walk to Atlantic Barclays Center.

Downtown Brooklyn is served by trains at the following stations:

One of the area's best features is its bikability and walkability.

There are lots of bike lanes and Citi-bike stations, and because the Brooklyn and Manhattan bridges lie at the edge, walking across and biking across the East River are pleasant options.

The Downtown Brooklyn neighborhood of New York City is ideal for those looking for a great place to rent or buy an apartment.

This area has a lot to offer, from its proximity to all the best attractions, restaurants, and shopping places in the city, to its vibrant culture and unique character.

For those looking for apartments in Downtown Brooklyn, plenty of options are available that cater to different needs and budgets.

From luxury studio apartments to larger multi-bedroom units, you can find something that will fit your lifestyle perfectly. Most neighborhoods have a mix of rental units and units that are for sale, so it's easy to find something that meets your budget and preferences.

One of the great things about living in Downtown Brooklyn is that you don't have to worry about being too far away from the action. It's close enough to Manhattan and other boroughs like Queens and Staten Island that you can easily make short trips or take public transportation whenever necessary.

The area also has several parks, such as Prospect Park, which provide plenty of recreational activities for residents to enjoy.

Plus, there are plenty of stores selling local products such as produce and apparel, making shopping easy without traveling far away.

Apartments in Downtown Brooklyn also tend to be very affordable compared with other neighborhoods throughout New York City; most studios cost anywhere between $1,500 - $2,500 per month, while larger units can go up into the $4K range depending on size and amenities included (elevator building vs. walk up).

The best way to ensure you get the best deal possible is by doing your research ahead of time by checking online listings or asking friends/family who lives in the area if they know of any good deals available on apartments in town.

All in all, renting or buying an apartment in Downtown Brooklyn is an excellent choice if you’re looking for an urban experience with plenty of amenities nearby. With its close proximity to Manhattan and vibrant atmosphere full of interesting shops, restaurants, and galleries – downtown Brooklyn has much more than just convenience going for it.

With a large population coming into the Downtown Brooklyn area every day, there have to be choices that cater to every taste.

The Dekalb Market Hall at City Point allows visitors to get a sampling of nearly every cuisine, from Jamaican jerk to Vietnamese, from Polish to Middle Eastern.

Shake Shack and Five Guys are local favorites for burgers and fries.

Nearby is Hill Country BBQ Market for authentic Texas-style barbecue.

Save room for dessert, and you'll enjoy what many people hail as home to the best cheesecake in New York City - Junior's Cheesecake. Located at the corner of Flatbush and DeKalb Avenues since the 1950s, this landmark restaurant has been a favorite for celebrities, singers, presidents, and hall-of-fame athletes alike.

Downtown Brooklyn is a highly sought-after neighborhood for parents, mainly due to the wide variety of quality public, private and charter schools that are accessible via short commute distances.

Due to the high international population in Downtown Brooklyn, many of the schools have ethnically diverse student bodies and staff.

The schools in downtown Brooklyn are zoned for District #13.

How Safe is the Downtown Brooklyn Neighborhood?

The Downtown Brooklyn Neighborhood is known for its vibrant culture and diverse community.

Located in the heart of New York City, it has become an attractive place to live and work over the years. Despite being a densely populated area, the Downtown Brooklyn neighborhood remains an incredibly safe place to live.

The neighborhood is served by the New York City Police Department's 84th Precinct, which boasts one of the highest clearance rates in the city and continues to maintain low crime rates despite its size.

The area also features a variety of safety measures, including 24-hour surveillance cameras, increased police patrols, and a 311 system to report any suspicious activities or crimes that occur in the area.

Additionally, many neighbors participate in programs like “Neighbors United,” encouraging individuals living in Downtown Brooklyn to look out for each other’s safety by creating a unified front against crime.

There is also an active crime prevention program that provides tips on staying safe while walking around or going about their daily routines within the neighborhood.

Overall, Downtown Brooklyn is a remarkably safe neighborhood with various measures taken by law enforcement agencies and citizens who want their community to be secure from any harm or danger.

With strong efforts from all involved parties combined with ongoing public safety initiatives and education campaigns, residents can rest assured knowing that they can enjoy all the benefits of living within this urban paradise without having to worry about their personal safety or security at any time of day or night. 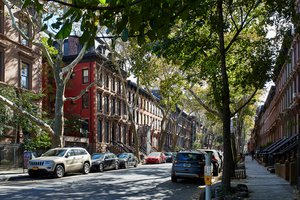