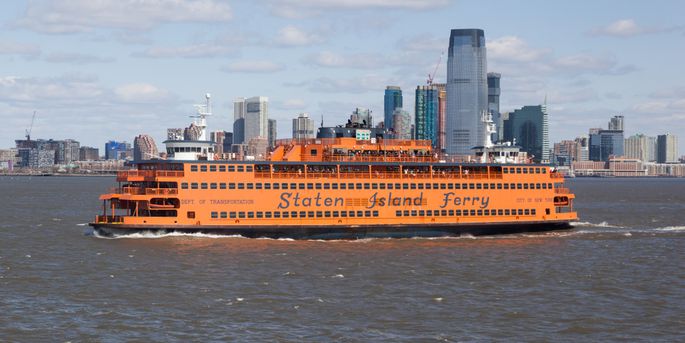 When people think of Staten Island, they usually don't think of quaint and quiet communities.

Tottenville, however, is just that!

Located on the southwestern tip of Staten Island, this 1.7 square mile bedroom community has experienced intense growth in the past couple of decades.

With some of the priciest homes located in this area, it is not bizarre for a single-family home to go for at least 500K.

Fun Fact: The Conference House was the site of a 1776 unsuccessful meeting with the British in hopes of putting an end to the Revolutionary War.

Tottenville is surrounded on three sides with water - Arthur Kill on the south and west and Raritan Bay on the east.

Although Hurricane Sandy flooded much of the waterfront town, the small-town quality of life has been preserved.

Though most of the 19th-century homes still remain standing to this day, condominiums, townhouses and single and multi-family homes take up most of the neighborhood.

Development for this exclusively residential area only recently began in the 1990's. Much of the neighborhood is privately-owned housing as opposed to rentals.

If you're looking to move, here are the average rent prices for the Tottenville neighborhood:

Although most Staten Island are car owners, many still commute to Manhattan via the Staten Island Railway then by taking the free NYC ferry service.

Tottenville has recently combined their two stations into one, The Arthur Kill Station, which runs along the Staten Island Railway.

These all run to the St. George Ferry Terminal.

There are no subways to Staten Island, but maybe in the next 100 years it could be a thing...

These express buses run through New Jersey and reach Manhattan in a little over an hour.

The other bus serving the neighborhood is the SIM26 which takes passengers to Midtown Manhattan.

In Tottenville, expect to enjoy the most authentic Italian food, outside of Italy.

Though you won't get the "Little Italy" feeling because of how spread out everything is, you can be sure of an amazing Italian dining experience.

Angelina's - This hidden gem of Staten Island provides a one-of-a-kind fine wining and dining experience in a tri-level mansion right along the water. Expect deliciously unique food and top-notch service!

Not feeling so fancy? Here is a more casual option:

Reggiano's Brick Oven Pizza - Enjoy a wood-fired pizzas, heroes or other Italian classics made with the freshest, high quality ingredients. Customer favorites are the Reggiano wings and Reggiano pie.

Can't decide? Want to have all the options?

Historic sites, water views, and great walking trails are among some of the area's great outdoor activities.

The South Beach Boardwalk is a huge hit for both locals and tourists. It's a two-mile stretch of fields, water fountains, and a beach. Beach festivals and concerts are also frequently happening.

If your looking for something out of the ordinary and don't mind loud music:

Cabo Bar and Restaurant- Delicious Mexican food and fun nightlife all rolled into one! Try the crowd-pleaser - The Fiesta Sampler and you won't be disappointed.

The Tottenville area has well been known for its excelling school with great sports programs.

In addition to the only private school in the neighborhood (Our Lady Help of Christians School), these public schools also serve the area:

How Safe is the Tottenville Neighborhood?