CITY
Learn more about this little-known neighborhood in the Bronx. Read about Spuyten Duyvil's restaurants, schools, and housing and why people live here. Get info on the latest real estate developments in this neighborhood. 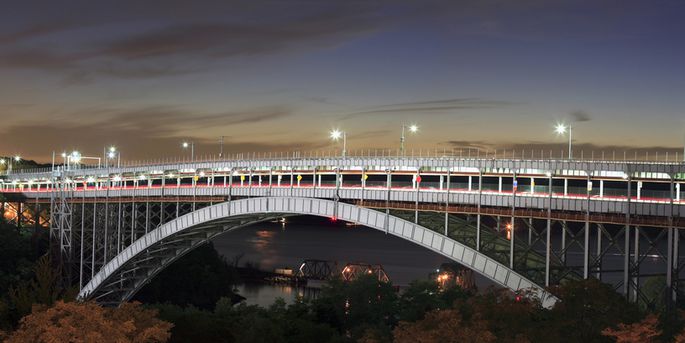 Located just below Riverdale and above the Harlem River, Spuyten Duyvil is an upper-middle-class neighborhood in the Northwest area of the Bronx.

The origin of the name Spuyten Duyvil (pronounced "Spite-en Die-vil") from Dutch is theorized to either have meant "in spite of the devil" or the "devil's spout".

Its scenic qualities and close proximity to desirable neighborhoods like Riverdale and Fieldston have attracted affluent families to the community.

It is a relatively quiet neighborhood with many parks, most popularly the 9-acre Henry Hudson Park, filled with athletic courts and a baseball field.

The confluence of the Spuyten Duyvil Creek, Harlem, and Hudson Rivers separates Manhattan from the Bronx.

It is often referred to as the suburbs of Manhattan with most of the neighborhood consisting of large houses and villas.

Fun Fact: If you visit, look for the Riverdale Bell Tower, inscribed with the names of every person who served in World War I from Spuyten Duyvil and Riverdale.

Spuyten Duyvil is served by the Hudson Line of the Metro-North Railroad.

The Spuyten Duyvil station provides service to Grand Central Terminal and to the north into Westchester County.

A good mixture of suburbs and city, Spuyten Duyvil has high-rise buildings and co-ops as well as blocks of freestanding houses.

If you're looking to move, it's also relatively affordable compared to many neighborhoods to its south.

Great views of the Harlem River or Hudson River are not uncommon finds.

Here are the average rent prices in the Spuyten Duyvil neighborhood:

Here are some of the most popular area schools in the Spuyten Duyvil neighborhood:

Besides a few casual eateries that include pizza, Chinese, Japanese, and Thai, there aren't too many places eat out at in Spuyten Duyvil.

Don't miss the very charming and hip Moss Cafe if you're looking for coffee along with some delicious and kosher farm-to-table entrees, pastries or brunch.

In addition to being a pescatarian restaurant, they have strictly vegetarian and vegan options as well. It gets crowded between noon and 2 p.m., so be sure to stop by way before then.

How Safe is the Spuyten Duyvil Neighborhood? 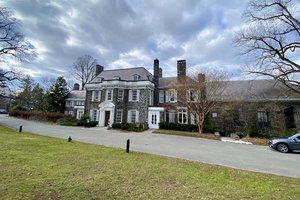