What is a Rent-Stabilized Apartment in New York?

RENT
Find out what rent stabilization means and what's the difference from rent control. Learn about how you can find a rent-stabilized apartment in New York City, and what rights you have as a tenant. 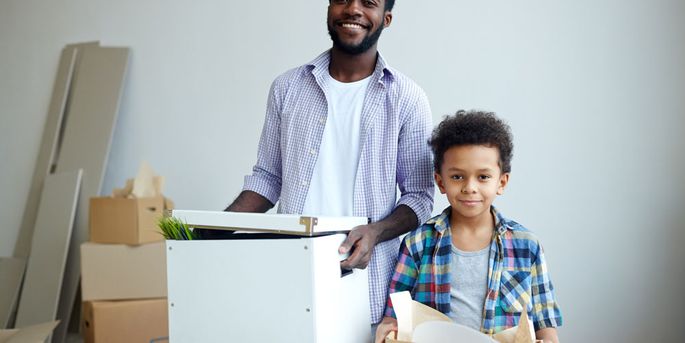 As the weather warms up to peak rental season, thousands of New Yorkers and newcomers to the city to start their apartment search.

Rents can be very steep in most parts of Manhattan, Brooklyn, and prime areas of Queens and the Bronx.

Are there legendarily cheap “rent-controlled” apartments really out there?

Rent regulation is a very real government policy (in select US cities like NYC) designed to provide affordable housing and protect against the displacement of low-income residents.

But you don’t need to live below the poverty line to get a rent-stabilized apartment. Anyone can qualify, even if you qualify for market-rate rents.

So how do you find these apartments?

First, it helps to know the difference between rent-controlled and rent-stabilized.

What is a Rent-Stabilized Apartment?

What is a Rent-Controlled Apartment?

Rent control started in 1920 after World War I when a severe housing shortage led to high rents and rent strikes.

No need to investigate this form of rent regulation, however-- rent-controlled apartments in New York City have essentially gone extinct.

No new rent-controlled apartments are being created, and the surviving units are hard to come by.

An apartment is considered rent-controlled if the tenant has been continuously occupying the said apartment since 1971 or before.

The only way to live in a rent-controlled apartment is if it is inherited from a family member.

That’s right--rent-controlled apartments can only be passed down within a family when the existing tenant vacates or dies.

Even harder, the inheriting family member must have lived in the apartment for two years with the original tenant prior to the pre-existing tenant's departure.

According to the New York City Rent Guidelines Board, rent-controlled apartments currently number about 27,000 units and are occupied largely by an elderly and low-income population who have resided in their apartments since 1971, or by their lawful successors.

Once the tenant dies or vacates the apartment, the unit can be deregulated by the landlord, which is often the case.

What are Rent-Stabilized Apartments?

By definition, rent-stabilized apartments are cheap—less than $2,700 a month, to be specific, no matter the size.

Generally, rent-stabilized apartments are ones in buildings with six or more units that were constructed before 1974.

Newer buildings with rent-stabilized apartments are ones that are taking part in the 421a tax exemption program.

However, the main purpose of the rent stabilization program is to regulate how landlords increase rent over a period of tenancy.

For many NYC renters, this takes the edge off—no need to worry about your life getting upended by a ridiculous rent increase.

Tenants also have a guaranteed right to renew the lease. If the rent eventually raises to over $2,700 or the tenant leaves (known as “vacancy decontrol”) the stabilized apartment can become deregulated.

However, if the tenant's household income is less than $200,000, the unit will remain rent-stabilized.

Every June, the Rent Guidelines Board convenes to vote on how much stabilized and controlled rents should be allowed to raise for the following year.

For the past two years, the RGB has voted to freeze the annual rent on stabilized apartments with one year leases—the first time it has ever done this.

Are there many rent-stabilized apartments?

In theory, yes. According to the New York City Rent Guidelines Board, there are about 1 million rent-stabilized apartments in NYC.

That seems like a lot, but once someone scores one of these rental unicorns, they’re unlikely to leave.

How Do You Find a Rent-Stabilized Apartment?

Again, you’re more likely to score one of these gems with thorough knowledge on the subject.

Landlords don’t always like to advertise the fact that their building is rent-stabilized so that they can illegally raise the rent, no holds barred. Hey, this is still New York City we’re talking about.

Rent-stabilized apartments can usually be found in buildings that were built before 1974 and have six or more units.

However, thanks to some tax abatements used by developers, many new buildings are also rent-stabilized.

A listing may not advertise that it is rent-stabilized.

However, it’s often possible to tell based on the listing price and age of the building and, essentially, a little research.

You can be proactive and search for official city databases.

The Rent Guidelines Board maintains a list of all buildings registered with the DHCR.

The PDF files are beastly, but listings are broken down by borough and zip code.

Perhaps an easier option is to search by address on the DHCR's website; if you spot a listing that you suspect might be rent-stabilized, type it in the DHCR’s search engine.

A word of caution: not all apartments in the building are necessarily rent-stabilized.

Neither of these resources notes which apartments are and which aren’t.

Another option is to look where the rent-stabilized apartments are.

Not surprisingly, the highest concentration of affordable rent-stabilized housing is in the South Bronx and central Brooklyn (think Prospect Lefferts Gardens and Flatbush).

But aren't there rent-stabilized apartments over $2,700?

Yes. There are many apartments available in New York City at market rate, which offer rent-stabilized leases.

It all boils down to the 421-a tax exemption program available to developers.

The 421-a tax exemption was created in the 1970s when New Yorkers began leaving the city in droves for suburbia.

In April 2017, the New York State legislature enacted a new version of 421-a tax law, which primarily focuses on providing tax incentives to developers who agree to offer both affordable housing units and pay higher wages for construction workers.

Once one of these properties is created, all affordable units, as well as market-rate units in the property, become rent-stabilized apartments.

Over the years this program has proven a huge success in creating affordable housing.

And, it means you might be able to score a rent-stabilized apartment with central air and a washing machine!

Under this provision, all rent-stabilized apartments cannot be deregulated until the tax exemption period has ended.

After that period, however, if a rent-stabilized tenant moves out, the apartment can become deregulated.

What Do You Do When You Find a Rent-Stabilized Apartment?

Make sure you actually sign a real rent-stabilized lease. The lease should state that the apartment is rent-stabilized and include something called a “rent stabilization rider” with the lease.

If you think that the apartment you’ve rented is supposed to be rent-stabilized, request a rent history from the DHCR.

This may lead to an all-out battle with your landlord, but it might be worth it for the cheaper rent.

Can Rent Stabilized Tenants Be Evicted?

Yes, you can be evicted, but the grounds for eviction are limited by rent stabilization.

Rent stabilized tenants can be evicted under the following conditions:

In all these cases, you are granted a chance to make things right. Before the case is brought to court, the landlord must serve you with a notice to cure so you can address the issue.

The landlord may also be able to terminate the lease if she wants your apartment for herself or her immediate family.

This is known as “owner use” eviction. There usually isn’t recourse in this case.

Rent stabilized tenants may withhold rent if there’s a dispute about what’s owed, which can be settled in housing court.

Landlords, for instance, might try to hide the fact that an apartment is actually rent-stabilized or try to illegally raise the rent.

To learn more about how you can be evicted and what to do, read What to Do If You Get An Eviction Notice in New York.

Are Landlords Trying to Destabilize These Apartments?

Of course, landlords would also profit more from apartments at the market rate.

When a tenant moves out, a landlord will often destabilize the rent under the “vacancy decontrol” clause.

If a rent-stabilized apartment has steadily (and legally) increased over the years to the point where it passes the 2700 mark, that apartment can flip over into destabilized.

A landlord may even offer to buy out tenants, offering a huge chunk of cash upfront, but ultimately a worse deal in the long run.

This kind of buy-out procedure is often linked to the displacement of lower-income residents of color, and, effectively, gentrification.

On the bright side…

The moment seems to have arrived for housing rights activists seeking more protections for low-income residents.

With new control over the State Legislature in New York, Democrats introduced a handful of new bills aimed at protecting tenants in 2019, which measures passed.

This includes a law that protects rent-stabilized apartments from destabilization even if the rent exceeds the $2,700 threshold.

The real estate industry has been pushing back against these measures, arguing that increased rent regulation will be worse for tenants and landlords in the long term.

Is Rent Regulation Better for Everyone, or Not?

You may have heard economists say that rent control can make a housing crisis worse.

While rent control is great for tenants in the short term, some studies show that rent control can lead to higher rents in the future and fewer units overall.

The study also showed, however, that rent control helped prevent the displacement of elderly and low-income people.

While it helps to stem displacement in the short term, it can lead to long term problems by encouraging future landlords not to enter the rental business.

They say that cities should instead build more housing or grant subsidies or tax credits as an alternative to rent control.

They say a system like Medicaid or food stamps for housing could help match the immediacy of the need for affordable housing.(In the current system, it can take low-income residents years or even decades to get a voucher for an apartment.)

Either way, the current lack of affordable housing in big cities, (especially in California and New York) requires the government to seriously invest in rental housing.

What about “universal rent control”?

You may have heard of the movement for universal rent control over the last few months from progressive lawmakers. Oregon recently passed a law limiting rent increases across the state.

In New York, “universal rent control” is shorthand for a bundle of renter-friendly reforms that a coalition of tenant groups is advocating for.

A top priority of these tenant groups is to abolish vacancy decontrol. (One can only hope.)

Another point of contention between progressive lawmakers and the real estate industry is the major capital improvements provision, which allows landlords to jack rents up because they’ve fixed the windows or a long-overdue-for-repair leaky roof.

As someone who has personally seen a $300 rent increase for a dishwasher that we could’ve done without, this provision can sometimes hurt more than help.

Lawmakers say this also can be used to push tenants out.

Landlords, of course, have a different story.

They say mounting rents are only keeping pace with increased property taxes and water and sewage costs.

Further, without incentives to renovate buildings, basic fixes might be delayed, upping maintenance costs in the long run.

What is Net-Effective Rent on New York Rental Listings? What Are New York City Tenant Rights? Should You Hire A Moving Company or Move Yourself in NYC?