How Do NYC’s Fair Housing Laws Affect Renters and Buyers?

RENT
New York City Fair Housing Laws protect renters and buyers from discrimination. Find out how these laws protect you and family and what to do if think you're being discriminated against. Learn about who is protected under the law and what is not. 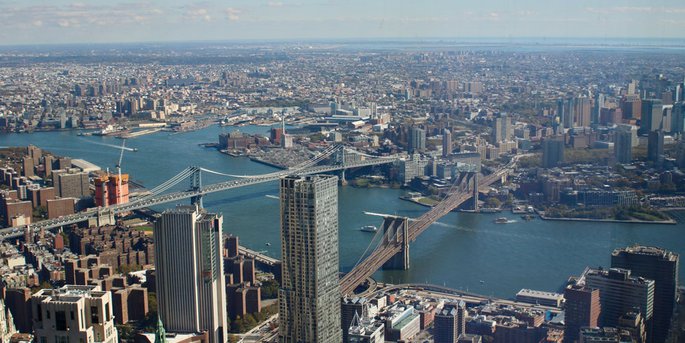 Did you ever feel like something was not right with the lease, or why a landlord refused, or where a broker was trying to steer you?

Well, did you know that you are protected under certain laws both on the federal, state, and local level.

Let's look at what those laws say so you can keep your eyes open to any unfair practices, and call them out when you see them.

I know what you’re thinking—is there really still housing discrimination in NYC, in 2021?

According to the National Fair Housing Alliance, there were over 28,000 reported cases of housing discrimination nationwide in 2016.

How Does Housing Discrimination Play Out in NYC?

Well, according to the director of the Fair Housing Justice Center, Fred Freiburg, the high price of real estate in the big apple coupled with its limited supply puts further pressure on marginalized communities who already face limited housing opportunities.

For example, housing experts say the fact that brokers play such a large role in the NYC housing market can disadvantage consumers and contribute to housing discrimination.

In other words, brokers may consciously or unconsciously steer renters away from certain neighborhoods on the basis of race.

This process is technically known as racial steering.

The prevalence of brokers also makes it more difficult for renters to know whether or not discrimination is occurring because they are not dealing directly with the landlords.

Redlining is a more extreme discriminatory practice that involves denying real estate services to individuals or selectively raising prices on the basis of their race.

This practice was pervasive in the 1940s and 50s and particularly affected black families seeking home loans.

The effects of this can be seen in the segregation of neighborhoods today.

It wasn’t until the Fair Housing Act (also known as the Civil Rights Act) passed in 1968 that the federal government took wide sweeping action to combat housing discrimination.

If you or someone you know might be the victim of housing discrimination, it helps to be familiar with these fair housing laws before taking further action.

First, a word of clarification.

The housing-related issue you experience could be either a tenant's rights issue or a discrimination case.

If the landlord is applying the same unfair treatment to all renters in the building, for instance, this is a tenants’ rights issue.

Yes, unfortunately, that means you can’t lawyer up when the landlord refuses every single person in the building’s desperate pleas for central air.

When problems concerning the lease, rental application, lease renewal, or other services are not the result of a discriminatory act, there are other resources available to you as a tenant.

In general, tenants rights issues deal with landlord obligations, such as the Warranty of Habitability, lease renewals, and rent payments.

A landlord is guilty of violating housing rights if they refuse to rent a property to a tenant, charge a higher price, distribute advertisements to discourage a tenant from applying or fail to maintain a property based on the tenant’s status as a member of a protected class.

More on the idea of protected classes later.

Look Out for Discrimination in the Screening Process

In the applicant screening process, the tenant should note questions that are legitimate, versus ones that may be discriminatory.

Qualifications, inquiries, and screening criteria must be applied equally to all applicants.

Examples of inquiries that may be evidence of discrimination include:

When in doubt, call the NYC Human Rights Commission to discuss your situation.

How to Make Good Use of NYC’s Fair Housing Laws

On to the good stuff. You may have heard of the biggest housing protection currently in place in NYC—the Fair Housing Act, which prevents discrimination in public and private housing.

But it’s not alone.

There are several federal, statewide, and city-level measures currently in place to help protect buyers and renters in NYC.

But How Can the Fair Housing Act Help You?

According to the Fair Housing Act, a person seeking to buy or rent an apartment cannot be discriminated against on the basis of race, color, gender, familial status, religion, sex, or country of origin or because they are a member of any protected class of people.

What is a protected class of people?

What Else Besides the Fair Housing Act Protects New Yorkers?

All three major housing protection laws in NYC equally apply to both renters and buyers.

Read on:How to Find an NYC Apartment with Low Income

How Do Fair Housing Laws Impact Your Home Search?

Ok, you’re an expert in NYC’s fair housing policies now, but you might be surprised to learn that the Fair Housing Act affects buyers slightly differently, because it limits what an agent can and can’t do.

If you’re in the business of looking for a house, you’ve most likely heard about or signed up for the benefits of a buyer’s agent.

These professionals help you find a home to fit your needs.

They know the market front, back, and side to side, but no matter how much they know about a certain neighborhood, there are certain questions they can’t answer.

This is where the fair housing laws come in.

It is unlawful for a real estate agent to engage in any conduct that is discriminatory towards any of the protected classes.

For example, an agent is not allowed to tell the buyer about whether or not a neighborhood has a specific church, or is dominated by a certain ethnic composition or age group, even when a buyer is adamant that this be part of their equation in determining what homes to show them.

They are obligated by law not to disclose information about protected classes to prospective buyers.

While they may not be able to answer any discriminatory questions, they can point the buyer in the direction of the answers.

Read on: How NYC Real Estate Agents Make Their Money

What Should You Do If You Think You May Be Experiencing Housing Discrimination?

If you believe you have been the victim of housing discrimination, you may file a complaint with the Law Enforcement Bureau of the NYC Commission on Human Rights.

Note that the NYC Human Rights Law requires that the complaint be filed within one year of the alleged act of discrimination, and you can’t file a complaint with the Commission if you’ve already filed a complaint with any other court or agency.

If you want to file a complaint, you’ll have to make an appointment with the Commission by dialing their info line or 311.

It is your right to protest discrimination by filing a complaint.

If the landlord or person with the authority to deal with residents takes harmful actions against you in retaliation, this is illegal.

Examples of harmful actions may include coercive speech, eviction notices, or other vengeful acts.

The Department of Housing and Urban Development (HUD), is responsible for overseeing and administering the Fair Housing Act on a national level.

HUD delegates enforcement and compliance responsibilities to the office of Fair Housing and Equal Opportunity (FHEO).

The FHEO is one of the nation’s largest civil rights agencies with a staff of over 600 employees and 54 offices nationwide.

You have the option of filing a complaint directly to the FHEO, but, because the Fair Housing Act is a federal law, you don’t necessarily have to go through the FHEO.

Therefore, as a victim of housing discrimination, you have the ability to file a complaint directly with the federal court.

If you go this route, consider hiring legal counsel or working with a nonprofit housing advocacy organization that provides pro bono legal services.

There are many rights advocacy groups here in New York City, which are able to help.