How Do Real Estate Agents in NYC Make Their Money? 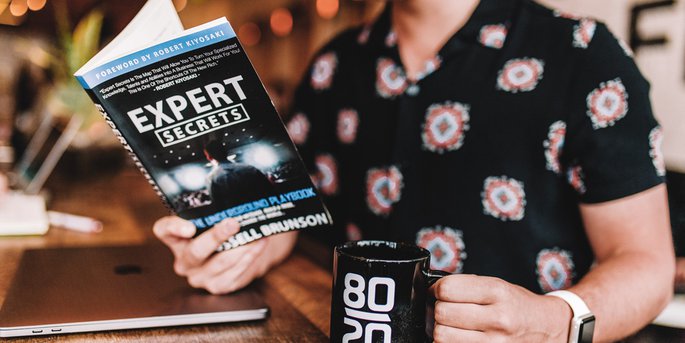 More often than not, when it comes to renting or buying an apartment in NYC, you’re going to have to go through an agent or broker.

Because of the relationships they’ve developed with landlords, experienced agents will have access to apartments that you’d never be able to access on your own.

So how exactly do NYC agents make their money?

Most Agents Aren’t Getting Rich

While shows like Million Dollar Listing portray the NYC agent living the high life, the vast majority of agents struggle to be successful in their businesses.

Some agents do make a great living, but the majority of agents are barely scraping by. In fact, roughly 70% of new agents will leave the industry by the end of their first year.

Agents also have to pay additional fees, such as for:

Most often referred to as simply “the Fee”, this is a payment made to the agent by the client for the work the agent puts into the process of getting a signed lease for the client.

In NYC, agents must work for a brokerage, with whom they split these commissions.

When you first meet with an agent, you’re going to be asked to sign a legally binding form stating that you agree to pay this fee should you decide to rent any apartment the agent shows you.

The standard fee is 10-15% of the total annual rent, although this is often negotiable, with agents sometimes accepting a fee equal to the amount of one month’s rent.

But the agent does not get paid the full amount of this commission. She “splits” the fee with the brokerage.

New agents will usually start with a 50/50 split. But it can be even less at some brokerages.

So in our example above, the agent would make a commission of $2,446.42 after splitting the fee with her sponsoring brokerage.

While this might seem like a nice payday for the agent, keep in mind that agents are independent contractors. As such, they’ll have to pay taxes (filing 1099’s) on their commission, thus further decreasing their take-home commission.

Also, if an agent is working on a team, the commission gets further split up between the team and the agent or among agents. Referral fees to other agents are also taken out of the total gross commission.

The holy grail for agents in NYC is securing their own “exclusives” with landlords; a deal the agent has worked out with the landlord whereby that agent, and that agent alone, has the “exclusive” rights to rent a particular unit.

When an agent has an exclusive, they can open the rental up to agents from other brokerages to market as well. This can include all brokers and agents throughout the city.

If another agent has a client apply and sign a lease for the exclusive, the two agents will share the commission as a “co-broke”.

In this case, the commission will be a 50/50 split between the two agents, with each agent’s brokerage will take their cut off the top of their agent’s commission.

To think about in more simplified terms, if a one-month commission equals a little over 8% of the annual rent, then 15% equals to a little less than two-month's worth.

If a little less than two months is split between two brokers with their two respective brokerages, each party averages around less than a half month's worth (being split four ways).

Now consider the listing is $2,000 and has been on the market for four weeks. That means the listing agent collects $900 (gross commission at 15% is $3,600), minus any advertising costs and one month of work.

We hope that that agent has a number of other listings that they are closing during that 4-week period, but that is not always the case.

Other Commission and Brokerage Structures

Brokerage structures are as diverse and complex as the real estate industry itself.

While we've discussed the traditional model of commission splits with real estate firms, it's really just the tip of the iceberg.

Typically, you'll find a 50/50 commission split between brokerage and agent. However, there are plenty of brokerages that offer less (especially for rookie agents), and more.

There are even brokerages that offer you 100% commission. You usually only have to pay a desk or administrative fee, but these firms usually offer you little else other than their name and an email address (some don't even offer you an email).

These type of brokerages are best for real estate professionals who like autonomy and can work independently without technical or marketing support.

Then you have the more traditional types of firm that usually start at a 50/50 commission split, but you can potentially work your way up to a better split depending on your GCI.

A GCI is the Gross Commission Income and this is the gross commission one would bring in from a deal before you've split with your brokerage.

For example, if after a listing agent split with a buyer's agent on a 6% commission on a million dollar condo, his GCI for that deal is $30,000.

Most of the New York's top firms offer you higher splits based on the range of GCI you've brought in during a calendar year.

Lastly, there are firms that offer agents salaries with little to no commission.

This obviously follows a more traditional path of employer and employee and may be better for the agent who is looking for a steady income, but okay with no huge bonuses in commission.

Many of the city's top firms also offer salaried positions for agents who are staffed at new developments' sales or leasing offices.

Who Should Pay the Agent's Commission?

The New York City real estate system has been built upon the notion of a landlord's and seller's market.

Historically, landlords have held the upper hand as apartments were always in high demand and competition between renters have been fierce.

When it comes to disgruntled renters finding out that they are footing the bill for an agent whose services they did not technically utilize, it's due to this system that landlord is king.

Agents and brokers have essentially been providing their services for free to these landlords.

However, since the city started programs to incentivize developers to build housing in New York, inventory keeps reaching new heights.

While people are moving to New York, there is a fair amount of the population also leaving the city for other opportunities are more affordable living.

As a matter of fact, recent times have seen the number of people leaving slightly outpacing those who are relocating to the city.

New Yorkers--both renters and landlords will find that this power struggle is evening out.

Landlords can also try to get signed leases by offering “OP”, short for “Owner Pays”. Here, the landlord, not the renter, will pay the broker’s commission (usually one month’s rent)

This is an excellent deal for the renter. But buildings offering OP’s tend to be less in demand. There are often reasons why the owner is offering OP.

For example, the apartment may have been on the market for a while. Sometimes buildings offering OP’s may be less than desirable and therefore harder to rent; hence the landlord’s willingness to offer the OP concession or as a "No Fee" rental.

For the agent, an OP deal has it’s pros and cons as well. On the plus side, these deals make things a bit easier from a sales perspective, as the agent doesn’t have to negotiate a fee with the client.

However, fees paid by the owner/landlord are lower than what the agent would normally receive. They're never more that one month’s rent, sometimes less.

Furthermore, it can take several months before the agent receives his fee when there’s an OP.

There are times when the landlord provides certain incentives to rent a unit faster. Such incentives can lessen a broker’s fee.

During the high rental season (spring/summer), landlords will typically be far stricter in their demands, often even raising rent.

At this time of the year, the best apartments your broker shows you will almost certainly require a 10-15% broker fee.

But when the market slows down, landlords will loosen their restrictions, offering certain concessions to get leases signed.

Sometimes, rather than lower rents, they may offer “One Month Free”, whereby tenants sign a 13 month lease and get the 13th month free.

When the landlord offers a free month, If the renter is paying $3,000 per month, the gross rent (the total amount paid for the term of the lease) would work out to $2,769 per month for the total 13 month rental period.

Many landlords are flexible with this concept and will also allow the free month to go towards the broker's fee instead.

In a usual NYC real estate sale, the commission is split up in four ways among the following stakeholders:

Example: If an agent sells a unit for $200,000 the listing agent and the buyer’s agent with each receive half of the standard 6% commission. This would come out to $6,000 each.

As in the case with rentals, the agents then have to split their share of the commission with their brokerage. So with a 50/50 split, each agent will take home $3000.

Given the current astronomical NYC sales prices, these commissions for a NYC salesperson can be extremely high, especially with very high-end luxury properties valued at millions.

A 50/50 split doesn't sound too bad. Especially, if you have a million dollar listing, right? With a co-broke, the standard share might be $15,000.

However, that's not factoring in any overhead costs like advertising and marketing costs or any splits you may have with team members or cooperating agents and referral fees.

Also, some agents agree to a smaller commission of 4% or 5%. In the end, the agent may end up with very little for several months of work.

So, the moment you can maximize as an agent is on direct deals.

This is also known as a Buyer’s Broker Commission Rebate. This makes it possible for buyers to benefit financially when they buy a unit in NYC.

With a Buyer's Broker Commission Rebate, the buyers broker gives some of her commission back to the buyer as a rebate. This is a way to pass on additional savings to the buyer.

In NYC, firms such as Prevu and Hauseit provide these rebates, which can range from .5 to 2% of the purchase price.

To make this more cost-effective for firms, they have to minimize the amount of services provided to the buyer.

A bill, better known as Intro 1423, was introduced to the NYC Council to limit broker’s fees and the sometimes exorbitant security deposit requirements of landlords in the city.

Manhattan council members Keith Powers and Carlina Rivera introduced the bill, which would limit all broker’s commissions on rentals to the cost of one month’s rent.

This would even the playing field for renters of all income levels across the NYC rental landscape.

Most people balk at the thought of paying a broker's fee. But consider the amount of work the agent is putting in on your behalf:

Given the difficulty of finding an apartment in NYC, paying a commission to your agent is, in the end, well worth the benefit of finding a home you’ll have for the foreseeable future.

What is a Guarantor for a Rental Apartment?

What is a Security Deposit on a Rental Application?

What is Net-Effective Rent on New York Rental Listings?