Written by
Ruth Shin
As unemployment continues to rise, more and more New Yorkers will not be able to pay their rent. Find out how many people can pay their rent on time and how many cannot. 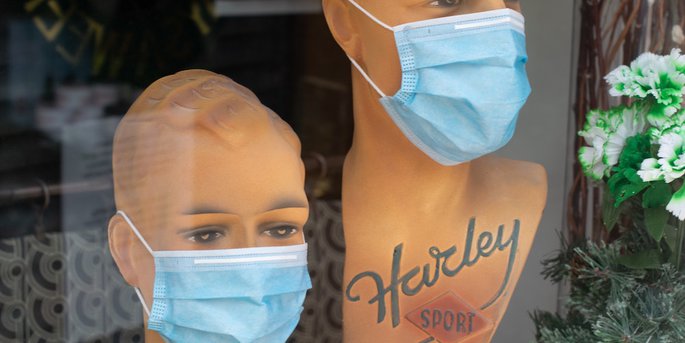 Unemployment has been a major focal point to track the impact of the pandemic on our lives in the past few months as job loss continues to soar and many businesses permanently close.

The April jobless figures released by the Bureau of Labor Statistics in early May indicate that the U.S. is looking at 14.7% for unemployment. However, according to an article in Forbes, the unemployment rate may have actually been as high as 20% that month.

PropertyNest conducted a survey last month to gauge how many New Yorkers would have hardship paying their rent in May 2020.

This month's follow-up survey shows a troubling trend--New Yorkers struggle even more to pay the rent for June 2020.

"If you rent in New York City, what do you plan on doing for rent for June 1st? 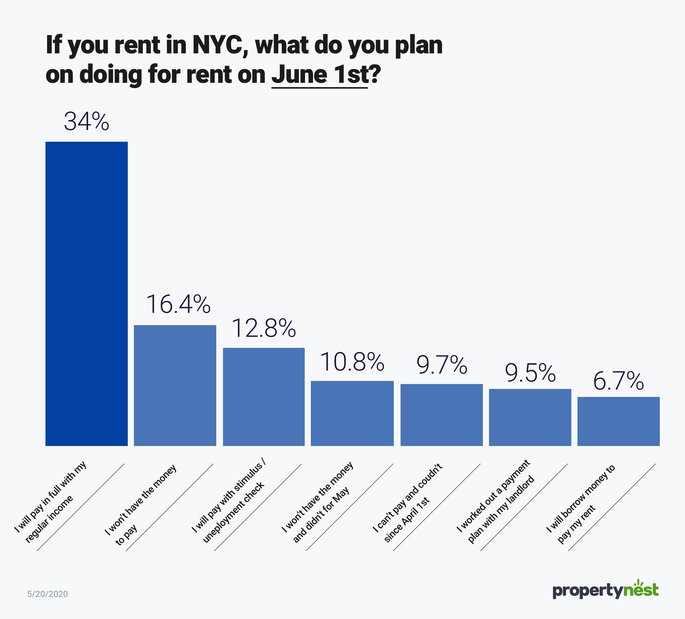 The number of people who cannot pay the rent, at large roughly translates to about 24% of New Yorkers since this data is collected purely from the rental market. This is an increase of 106% (36.9% of renters compared to last month's 17.9% of renters who said that could not make rent).

According to the survey results, New Yorkers are feeling the pinch more than before. This is exemplified not only by the growth of residents who are not able to make their rent payment for June, but the increase of renters borrowing money and making deals with their landlords.

Governor Andrew Cuomo commented on the scope of economic devastation on May 22nd, citing that more than 100,000 businesses in New York State had permanently shuttered their doors due to the lockdown caused by COVID-19 pandemic.

Even with a phased reopening in New York City possibly happening at some time in June or July, not enough jobs may return for residents to get back on their feet.

Furthermore, with the advent of reopening, we may see eviction and legal proceedings begin for those tenants whose rent payments are in arrears.

PropertyNest conducted an online survey among New York residents on how they would respond to the rent due on June 1st of 2020 in New York City. 1,001 respondents ages 18 and older participated with a margin of error of +/- 2.1%. 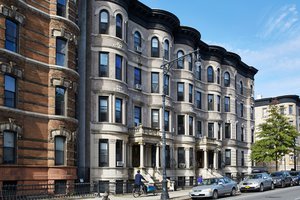 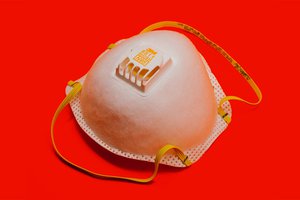 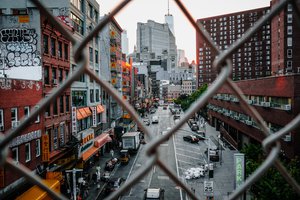 How COVID-19 Will Change NYC Commercial Real Estate and Landlords 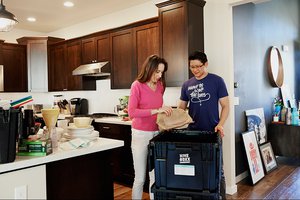 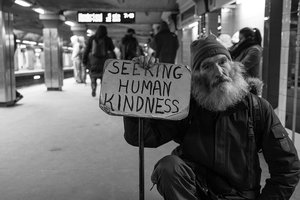