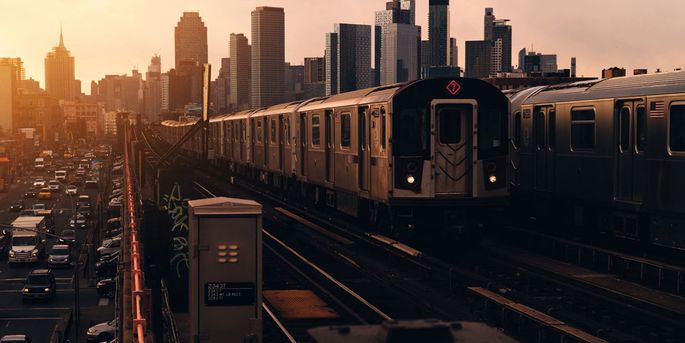 Although the majority of Flushing is residential, especially North Flushing, the neighborhood has been experiencing a building boom with a handful of residential developments taking place.

From mega-malls to sports arenas to large residential homes, this neighborhood, located north of Long Island Expressway and south of Willets Point Boulevard, has a lot in store for the future.

Flushing is a very diverse neighborhood and this is reflected in the numerous ethnic groups that reside in the area.

There is a large Asian community, which began with an influx of Taiwan and South Korean immigrants moving to the area in the 1970's.

Today Flushing is home to a huge variety of ethnic communities which include Chinese, Korean, Russian, Italian, Greek, Sri Lankan, Indian, Malaysian, Colombian, Jewish, and Salvadoran communities among many others.

Besides the plethora of shopping available in Flushing, Flushing Meadows Corona Park offers much in the way of leisure and recreation.

Once the site of the Worlds Fair in 1934 and then again in 1964, visitors can find many unique structures which remain relics of the fairs.

CitiField, north of the park is home of the Mets MLB team, and USTA Billie Jean King National Tennis Center, home to the US Open, both continue to attract sports enthusiasts.

FUN FACT: According to the NYC Department of Parks, Flushing was reputed as “America’s premiere horticultural center” throughout most of the 18th and 19th century.

Flushing is served by the IRT Flushing Line located on Main Street and Roosevelt Avenue in Downtown Flushing. It is served by the 7 train at all times at the busiest single subway system in Queens.

If you're looking to move, you're not likely to find a lot of luxury high-rises in Flushing besides some located around the downtown Flushing area, but you will find quaint neighborhoods of private homes and coop apartment complexes.

There are a variety of mid-rise and high-rise buildings around downtown Flushing as well as plans for 200 affordable units right on Main Street.

However, you may find the number of choices overwhelming, as there are many good places to eat.

The consensus seems to be for some solid South Indian cuisine to head to Ganesh Temple Canteen.

Housed in an actual Hindu temple, the cafeteria is open to the public. The masala dosa is a must-try!

If you want a quick bite of authentic Xi'an-style Chinese food stop by Xi'an Famous Foods off of Main Street and 41st Ave. This is just one of their many locations in NYC.

Looking for more of a sit-down environment for your intake of some of the best Asian food in the country?

If your appetite for dumplings is still not satiated, head over to White Bear for a spicy variety along with other Chinese classics.

With much of the Korean joints being very traditional and excellent, for a different flavor try The COOP.

Bring a date to this comfortable and luxurious spot with great table service centrally located on Main Street. Credit card minimum is $25 so bring cash!

The schools in Queens are supervised through district 25.

District 25 stretches across a very diverse population in north-central Queens, from Chinatown to the suburbs of College Point.

Diversity is not is short supply due to the high population of international families living in the area.

There are many well-regarded, neighborhood schools to choose from in Flushing but students usually attend a school based on the location of their residence.

How Safe is the Flushing Neighborhood?