CITY
Forest Hills is one of Queens' most desirable neighborhoods. Find out why and discover the neighborhood vibe, restaurants, schools, and average housing prices. Learn about what makes this neighborhood great. 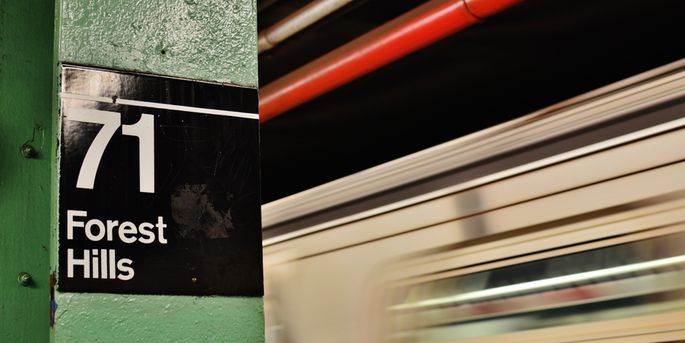 Originally part of a district called Whitepot, which was settled about 1652, it was named Forest Hills in about 1910 for its location on wooded heights.

It has the conveniences of shops, restaurants, and trains and also beautiful tree-lined streets in a suburban setting. The main thoroughfare in Forest Hills is Queens Blvd.

Full of diversity, nature, and food, the commercial heart is Austin Street, which is home to plenty of shops, charming cafes, and restaurants.

FUN FACT: The Beatles had two sold-out shows at Forest Hills Stadium in 1964, arriving by helicopter.

Forest Hills has long been considered one of the most desirable neighborhoods to live in the borough of Queens.

Although most of Forest Hills consist of single-family homes, most renters focus their search on anything from modest co-ops in prewar buildings to Tudor mansions in the upscale Forest Hills Gardens section.

The most notable high rise apartment buildings in Forest Hills are The Continental on 108th St, Kennedy House, the Pinnacle, and the Windsor.

Forest Hills is served by the IND Queens Boulevard Line.

The neighborhood’s three subway stops are along Queens Boulevard.

When it comes to cuisine variety, Forest Hills definitely has it. Forest Hills contains a variety of restaurants, from all parts of the world, ranging from South America to Asia.

Whether you're looking for a nice ambiance with consistently good food, head to Forest Hills Station House (did I mention it's super conveniently located just a stone's throw away from the LIRR, train and Q64 and Q23 bus?)

Spice up your life with a little Latin flavor at Cabana, a consistently good Cuban restaurant located in the heart of Forest Hills.

Austin Street is where you want to go if you're looking to shop 'til you drop. The cluster of stores located just off of Queens Blvd is stacked with chains and boutiques.

If you're looking to attend your next unforgettable music experience, look no further than Forest Hills Stadium. Once host to The Beatles, Bob Dylan and The Rolling Stones, this convenient venue is in the midst of bars, local dining and major trains.

A good spot for some of the best craft beers and bar food in the borough (before or after a show) is a hip local hangout that goes by the name of Station House.

Desert Rain Lounge is a chill hookah bar and lounge that offers great service and a relaxed environment. Very spacious so it's great for groups.

If you're looking to get a little more competitive, another cool hangout spot is The Billiard Company. This bar and lounge is packed with pool and ping-pong tables. Food and drink specials are every night from 9-12PM.

If you're looking to move with a family, located in district 28, Forest Hills schools are some of the top destination schools in the entire borough of Queens.

There is a variety of Public and Private schools for children of different ages.

There are five public elementary schools, two public junior high schools, and one public high school in the 11375 zip code.

How Safe is Forest Hills Neighborhood?