Our editors pick the products we write about. When you click our links, we may get a commission. Advertiser Disclosure.
HOME IMPROVEMENT

HVAC Systems Buying Guide of 2023: Which is the Best?

Written by
Ruth Shin
Find out how to make a smart purchase and what to look for in an HVAC system. We will compare three top models, their features, and cost. 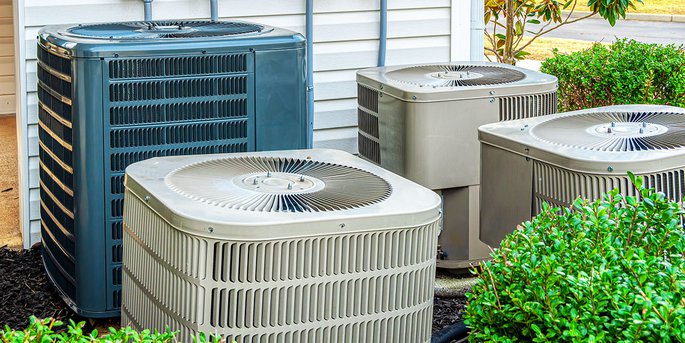 Fortunately, most of us get to enjoy year-round climate control at the touch of a button. Heating, ventilation, and air conditioning, commonly known as HVAC, is standard inside the “thermal envelope” of a structure, which is the space that is heated and cooled.

HVAC systems need to be replaced from time to time, but most of us don’t shop for them everyday.

Today, we will discuss what an HVAC system does, the different forms the system can take depending on the application, and discuss a few pros and cons of the most common forms. 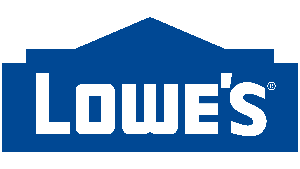 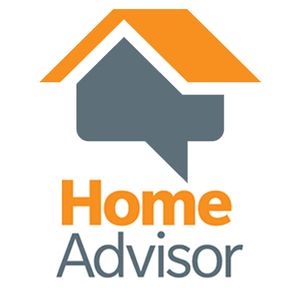 What Is an HVAC System?

An HVAC system conditions the air inside the “thermal envelope” by heating, cooling, or just moving the air around the space.

In reality, this means any space that is insulated.

Today, it is very rare to find an inhabited structure without some form of HVAC in place.

An HVAC system will be the forced-air version, which just indicates the system physically pushes and pulls the air around, as opposed to a radiant heat source, like a fireplace.

How Does an HVAC System Work?

The answer will depend on the type of system in place and the method the system uses to condition the air.

In most residential homes, this system will be in the form of either a heat pump or furnace.

These systems are known as forced air systems because they incorporate a fan to both push conditioned air into a space and pull it from the space, in contrast to the traditional radiator or space heater we have all seen.

Forced air systems are much more efficient and, oddly, will often cost less to operate.

A furnace is essentially a centrally located HVAC system that provides heated air throughout a structure.

A furnace will typically use either an electrically heated coil or gas to warm the surrounding air, and with the help of a blower or air handler, circulate the warm air where needed.

It should be noted that furnaces, unlike a heat pump, do not directly provide air conditioning. In climates where a furnace is installed, many times the HVAC system will also include an air conditioner for use in the summer.

Undoubtedly, a heat pump is the most common form of HVAC used today.

Heat pumps can be designed as a single package unit, or in separate components called a split system.

A heat pump works by incorporating a condenser and evaporator coil to warm cold air from outdoors, or cool warm air from outside.

This system is very efficient, and will usually result in the lowest utility bill in a forced air system.

One downside to heat pumps is that they can be quite complex to install, so they tend to cost more initially. However, the energy savings acquired over time often makes a heat pump the most cost effective HVAC system available.

What Are the Different Types of HVAC Systems? 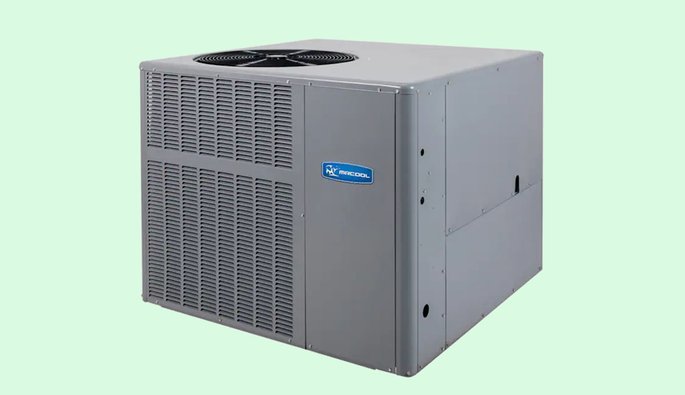 A package unit usually describes a heat pump with all of the working components in one large enclosure.

Most of us have seen a large gray or green box attached to the side of a home or business.

These package units are often the least expensive version of a heat pump because all of the components are inside the enclosure and do not require additional connections to the home.

However, package units are generally used on either one story buildings or in conjunction with a split system, because the ductwork must connect directly to the enclosure.

In contrast to a package system, a split system separates the condenser from the air handler, allowing the system to be custom designed for the application.

Split systems are typical on multiple story buildings, with the condenser residing outdoors and the air handler being located in a closet or attic space.

This design usually costs more initially because additional connections must be made between the condenser and air handler, as well as the normal connections to a thermostat.

These systems typically also require that the installer have more technical experience, because they will work with freon, a greenhouse gas. 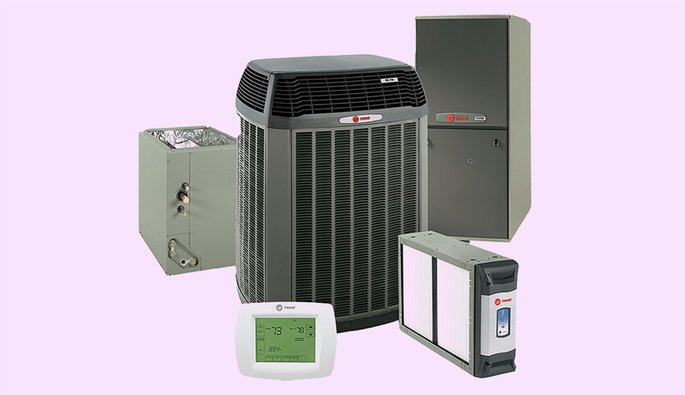 A hybrid split HVAC system uses both gas and electricity to heat and cool the air.

These hybrid systems are generally, along with geothermal systems, more expensive to install.

However, hybrid systems are often the most dependable HVAC systems available.

Hybrid HVAC systems are reliable and efficient, but they are usually the most complex forced air HVAC system to design and install. 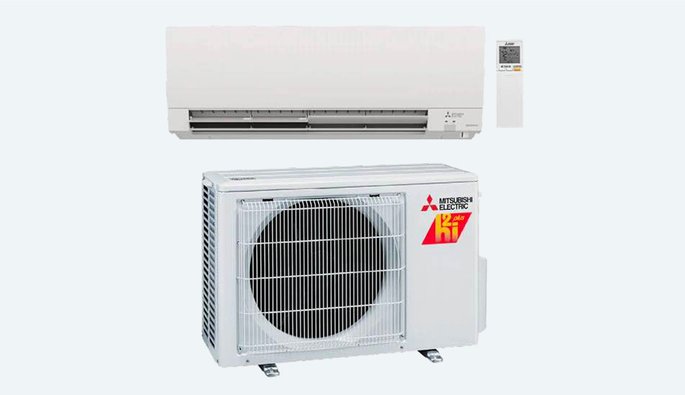 Mini-split HVAC systems are designed to allow individual areas and rooms to be heated and cooled individually.

Ductless HVAC systems use small units (often wall mounted) that are individually located, but interconnected to a condenser/compressor located outdoors.

In this design, each room can be a different temperature, or each unit can be programmed the same.

Ductless systems are very scalable and although they can be expensive to install, are likely the most flexible HVAC system available. 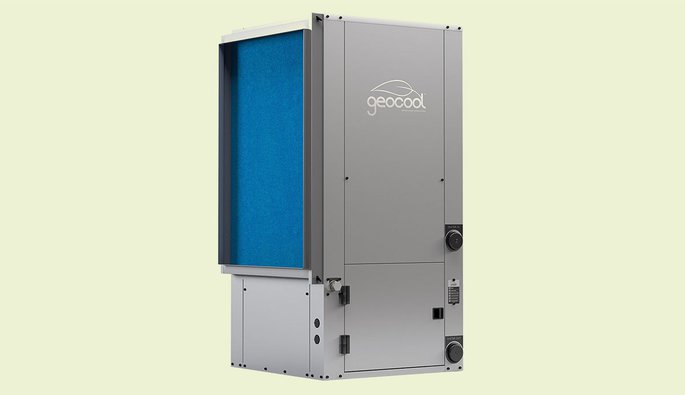 Geothermal HVAC systems are relatively new to modern construction and take advantage of the consistent temperature of the ground.

For example, a standard heat pump may be required to raise the temperature of incoming air by twenty degrees or more, which can require an enormous amount of energy.

The larger the temperature difference between the incoming and outgoing air, the more energy is required.

Geothermal HVAC systems use a large area of ground into which pipes (known as PEX) are buried.

Since ground temperatures tend to remain consistent below the frost line, these pipes are never colder than the surrounding soil.

This means the system never has to work as hard as a standard system, because the incoming air is already relatively warm.

This makes the system very durable and efficient, but depending on the size of the system, the amount of ground required can be several acres.

How Do I Know Which System Is Best For Me?

This question can be answered by determining the needs of the structure, the cost, and the services available.

Smaller, one story homes will often be best served by an electric, package style heat pump as these systems are typically less expensive to install.

Therefore, a package unit will often be found on smaller, single story structures with a relatively small yard.

If the home has multiple levels or needs a separate system for each floor, a split system is generally the best solution.

As described earlier, these systems are very customizable making them ideal for use in subdivisions with one or two story homes.

These systems also take up less space outdoors than a package system, making them very convenient to install on narrow building lots.

Hybrid systems are most often found in larger, more elaborate homes with a larger budget.

This system is in effect, two systems sharing standard HVAC components, like ductwork.

As such, hybrid split systems are quite expensive to install initially.

In most installations, the lot will require a connection to public utilities, such as natural gas lines from the street, although liquid propane versions are available.

As mentioned earlier, these systems provide the most flexibility, and in some situations, the lowest utility bill.

This is because unused rooms can be cordoned off if they are not being used.

These systems also address the common problems found with window air conditioners, such as collecting the water caused by condensation.

How Do I Find the Best HVAC System Installer?

Licensed HVAC installers are also required to have their work inspected, so generally speaking, finding a qualified installer is easy.

However, because HVAC systems can be complex, even small discrepancies can cause the system to work inefficiently, or not at all.

The best HVAC system installers will have all of the aforementioned qualifications, and will also perform a load calculation.

This is essentially a worksheet that helps the installer calculate the precise system the structure needs.

This will include calculating the window sizes and their efficiency, how well the structure is insulated, and so on.

The installer can then take this information and match it as closely as possible to the systems available.

It is strongly recommended, therefore, to look for an installer that will spend the necessary time and effort to do a load calculation and apply it to find the best balance between cost-effective design and performance. 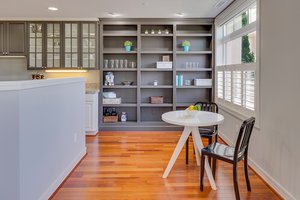 10 Best Organizational Systems for Your Home 2023 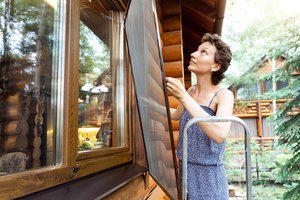 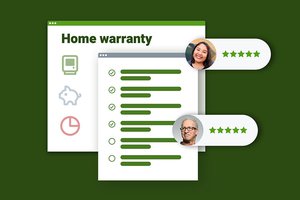 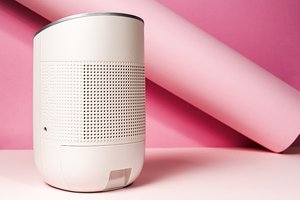 6 Best Dehumidifiers for Your Home of 2023