When is the Best Time of the Year to Rent an Apartment in NY?

RENT
Find out when to start your search and the pros and cons of renting during the high season and the low season in the New York City real estate market. Learn how you can be prepared, beat out the competition, how to find deals, and negotiate your rent. Become an expert on navigating the market with o 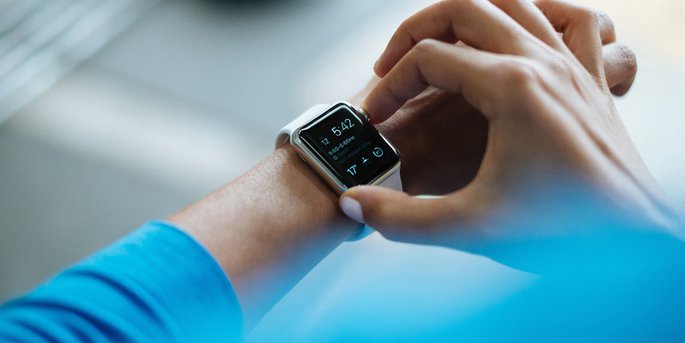 Determining the best time to rent an apartment in New York will depend on what you are looking for.

Peak season is generally from May to September--making October to April the low-season, respectively. The months of October and April can be seen as more transitional months, as the season winds down and gears up again.

While early November to late March may not have the most ideal moving weather, it makes the most sense when it comes to saving money.

Overall, February is typically the cheapest month to rent an apartment, while July is usually the most expensive.

However, by no means does this mean that the high season is void of any deals. There are many more apartments on the market, and that includes the cheapies.

Best Time of the Year to Rent an Apartment

Be sure to know where you stand on your credit before your future landlord does.

With hundreds of people moving to NYC every day, landlords and management companies will have no problem refusing renters with low credit scores.

Anyone that may be living with you needs to know where they stand as well.

When renting an apartment in New York City, their information will heavily influence the landlord’s application approval process.

If you find that your credit score is not where you need it to be, sometimes there are a few simple actions you can take to improve it.

Check out our article on How to Improve Your Credit Score to Get Approved for an Apartment.

During peak months, renters must be ready to put down an application or deposit the same day or risk losing the unit.

You want the application process to go as quick and smooth as possible so having all the necessary documents will prepare you best.

Of course, the necessary documents will vary from place to place but generally, you want to have the following ready:

Ideally, you will want to have all of these documents scanned and saved on a desktop folder so they can all be emailed on a moment's notice.

How to Beat Out the Competition

Not only will optimizing your credit score help you come out on top, but you have to know what landlords are looking for in terms of income as well.

The rule of thumb is that you need to earn at least 40 times the monthly rent.

If the monthly rent is $2,000 a month for a one-bedroom apartment, then you need to earn at least $80,000 a year in order to safely qualify.

Obviously, the better your income, the higher your chances of landing the apartment.

Read on: How to Find an NYC Apartment with Competition.

Moreover, you will need to have a security deposit and first month's rent upfront.

If you cannot get the money together, the landlord may move onto the next applicant, so it's critical that you can provide these by the lease signing.

Remember that they must be guaranteed funds, so no personal checks. However, more management companies are going digital and you may even be able to use a credit card these days.

Read more: What is a Security Deposit?

What if I don't earn enough or my credit isn't great?

You can always get a guarantor to help you qualify. This person will need to apply with you and vouch for your ability to pay.

This person should at least earn 80 times the monthly rent and have good to excellent credit. Generally, the application fees for guarantors are higher as well.

Some landlords only like to see in-state or in-city guarantors, as they will need to co-sign your lease. However, these days many landlords are more flexible and will allow out-of-state guarantors.

For foreigners or anyone else who doesn't have a domestic guarantor, you can try signing up with a third-party guarantee company like the Guarantors, Insurent, or Jetty.

To learn more, read up on our post about What is a Guarantor?

When Should I Start My Search for an Apartment?

In New York, the typical amount of time you want to start looking is ideally about a month before you have to move.

Some people make the mistake of searching two to three months ahead of time, only to find that most landlords are not willing to lose a month or two of rent waiting for a new tenant's lease to begin.

That's lost income for them. They'd much rather go with an applicant who needs the apartment straight away.

Sometimes, it does pay to search early, just approach with the knowledge that not as many listings will come up for your desired move-in date.
However, you can still find a handful of apartments put on the market a few months in advance.

Some of these units from tenants moving out and others are situated in new developments that may have a tentative move-in date.

Remember that, you may need to be flexible with new developments that have not completed construction as they can struggle with meeting scheduling deadlines.

If you want to see your full spectrum of choices, you should plan on staying put for a while.

Some bargain-hunters can spend one full year or two just looking for the perfect place at the right price.

Patience and persistence can pay off big.

You can ask your landlord if you can stay on a month-to-month basis instead of renewing your lease. If they agree, you can hop on your dream apartment when it comes up.

You can also "farm" out the work to one or two trusted real estate agents who can send you listings that come up as soon as they get them.

What are the pros of finding an apartment during peak season?

Competition is relatively stiffer during peak season, which runs, as mentioned, from May to September.

However, not all listings will have fierce competition. You'll feel it most with highly prized units and buildings.

Units in new construction buildings also tend to go like hotcakes during this time.

Concessions like free rent, no fee, and other perks, have become a popular tactic for landlords to use to attract tenants. So, you can still expect to see some deal sweeteners during peak season as well.

The best feature of peak season, however, is the amount apartments that are available. The selection of apartments is wider, more varied, and across more neighborhoods.

Finding roommates can also be easier.

And negotiations are not off the table, even during the high season. As a matter of fact, if you know there is fierce competition for an apartment you want, you can offer more rent money or other deal sweeteners for the landlord.

What are the pros of finding an apartment during the off-peak season?

From about October to April, the market pretty much dries up. There will always be availabilities but by late October, those numbers begin to drop dramatically.

While the choices may be a bit scant, you can use the situation to your advantage.

Apartments generally stay on the market longer during the winter months, so you can try and negotiate the price or ask for concessions.

Generally, it's not as effective to ask for a deal on a unit that has just come to market. Negotiation tactics definitely work better with apartments that have been hanging around for at least a few weeks.

This is a great opportunity to get a deal on units from the summer that have not rented.

Another tactic to try is to ask for free months but asking for a longer lease.

It's more desirable for lease ends to come up during peak season, so you can try to negotiate for a longer lease to help bring a lease term to peak season if the landlord can give you a free month or two of rent.

For example, if an apartment becomes available in February, you can suggest taking on a 14 or 15-month lease to bring the lease end to an April or May.

If the apartment has a November or December start, you can even try to take on an 18-month lease.

This may be more difficult to achieve with rent-stabilized apartments as legally they must entail a 12 or 24-month lease.

However special contracts can always be drawn up for the extra months which the landlord may be willing to do.

Working with an Agent

A good real estate broker will take a lot of stress out of your apartment search, by skillfully advising and representing you.

Instead of spending hours upon hours doing homework on the complex New York real estate market, the realtor will put together a list of apartments that will fit your criteria.

Don’t look at the fee (typically one month’s rent) as an obstacle.

Instead, look at it as an investment in your mental health and long-term purpose.

Before choosing an agent consider finding one based on recommendations from friends or coworkers, online reviews or a reputable and local brokerage.

If you’re still determined to take the reigns on the apartment hunt, be sure to read up on How to Find an Apartment in New York City Without a Broker.

How to Find an Apartment for Rent in New York

Tax & Mortgage Differences of Buying a Second Home Vs. Primary In New York