What Do NYC Landlords Look For in a Credit Check 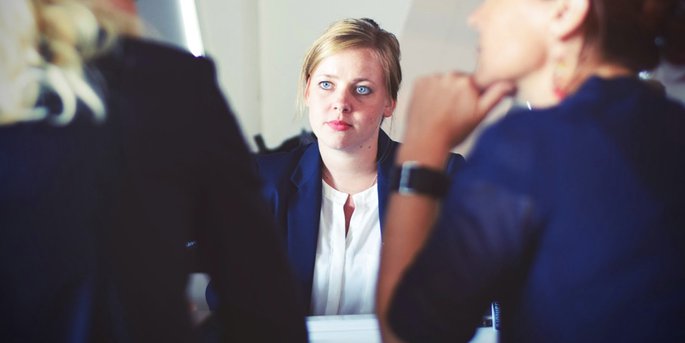 It’s often said that renting that first apartment tends to be the most difficult to get, and in New York City, it’s very true.

The concrete jungle’s real estate market can be incredibly confusing and difficult to navigate.

This city has more rules than most others, higher rental standards, and even undergoing the hunt can be a hassle in and of itself.

That’s why finally finding apartments you like is a milestone you should be proud of. It’s the next to the last step in the apartment-finding process.

But, to actually move in, there’s still something that you need to do: impress the landlord.

Landlords in New York City are a picky bunch, and it’s understandable why they are.

The Big Apple has a lot of renters who aren’t particularly trustworthy, and it’s not uncommon to hear about a renting nightmare that seriously hurts a landlord’s ability to make ends meet.

It’s in a landlord’s best interest to heavily vet their potential renters, especially since New York’s renting laws tend to favor the individual.

If you want to snag a great apartment, it’s important to know what they’re looking for.

Here’s what you should be aware of while you’re talking to a potential landlord.

All the nice looks and tidiness in the world will not mean anything to a landlord if you don’t show them that you are good with money.

Bad finances will translate into a serious no-go for almost every landlord in the Big Apple. After all, they won’t get paid if you can’t afford to make rent.

These tips will help you figure out how to better your chances of getting that sweet, sweet apartment.

Can NYC landlords check for evictions?

Yes, they can and they often do.

There are software platforms and websites that help landlords check for public records like evictions and judgments.

In many cases, having a prior eviction is a dealbreaker for landlords.

If you are worried about being evicted, it’s often best to just talk it out and offer to leave before proceedings start.

To learn more about your options if you have an eviction on record, read up on How to Get an Apartment With an Eviction on Record.

Do I really have to make 40 times my rent in order to live in NYC?

In most cases, yes. They want to make sure you won’t end up in a situation where you’reunable to pay rent.

However, there are landlords who will be more flexible since they know how expensive NYC living can be. So, it’s a good idea to try to seek them out before you give up on your search.

What if I don't earn enough to qualify for an apartment?

Don’t panic! There are ways to potentially sweeten the deal for landlords and to show them you will be able to afford apartments.

Some will take a higher deposit or will accept several months’ payment in advance.

Others will accept you if you hire a guarantor to cosign with you. Even more may be willing to rent to you if you purchase rent guaranty insurance.

Find out how a guarantor can help you by reading What is a Guarantor for a Rental Apartment.

I just got a job! What can I do to convince the landlord to let me live here?

A good way to show documentation of a stable job is to furnish an offer letter from your employer with the salary you make.

This method can also work well with students who are just getting into college in the city, too.

The biggest part of your landlord’s decision often comes from pulling up your credit score and credit report.

The two widely-used scoring formulations for credit ratings are FICO and VantageScore, and both can be used in a pull.

There are three credit reporting agencies: Experian, Equifax, and Transunion. FICO scores and VantageScores can vary depending on the agency pulling the record, and which model they are using.

Landlords will more often than not pull your FICO score.

Expect a fee for having your credit pulled. The fee can be anywhere from $25-$150 depending on what other application processing fees they will charge you.

What kind of stuff is on my credit report?

All three bureaus receive information from creditors, collections agencies, courts, and others who deal with you.

Good history, like paying bills on time, gets reported, as does bad history.

Your credit report also shows how long you’ve been paying your own bills and how many different accounts you have.

A good way to think of it is like a snapshot of your money life.

Credit reports will show your potential landlords who you have accounts with, how often you paid on time, how late you were on your payments, and if there are any government records that deal with your debt.

Inquiries, the types of loans you have, and the balances on your credit cards are also mentioned.

What kind of credit score are landlords expecting from me, anyway?

The first thing that a landlord will do when they want to screen you is to run your credit. Your credit score is a measure of how well you can pay your bills and how reliable you are when it comes time to pay your dues.

A bad credit score will often translate into a very difficult time finding an apartment to rent. The vast majority of landlords will want a 680 or more.

Generally speaking, there is some flexibility with credit score standards. Some won’t even consider an applicant that doesn’t have at least a 740, while others will accept a 640 or 650.

If you have bad credit, fixing it can help. That being said, there’s no mandatory minimum credit score you need in order to legally rent an apartment.

So, if you can work out a deal using a larger down payment, by all means, do.

Are there any credit report red flags that make landlords turn others away?

Yes, there are plenty. Late payments, loans that are late to the point of getting charged off, collections accounts, repossessions, and foreclosures can all cause a landlord to turn you away.

Once again, the nuances of your credit report marks are what can make or break your chances at an apartment.

Late payments might not be so bad, but other items that suggest pervasive problems can be. Judgments, in particular, are terrible because it shows that you had to be dragged to court in order to deal with certain debtors.

Can I qualify for an NYC apartment even with a lot of loans?

Possibly. Landlords can pull up your current debt-to-income ratio and current loans on file as part of your credit report. When it comes to debt, the type of debt matters just as much as the amount.

For example, landlords are usually very forgiving of student loan debt because it shows that you are working on making more income.

Large loans like mortgages and massive car payments, on the other hand, aren’t always so welcome. They may indicate that you’re lifestyle will exceed your income soon.

In rare cases, a clean credit score and report alone may not be enough to get a landlord to agree to rent to you.

Some landlords have been known to get skittish after seeing would-be renters open up large lines of credit despite having a perfectly clean record.

To find out what you can do if you have poor credit, read up on How to Improve Your Credit and Qualify for an Apartment.

Along with pulling your credit reports, landlords will typically run your name through a background check.

If you’re looking to rent an apartment in the city, this will be a standard procedure.

Most upscale apartments will go in-depth with their renting research, so it’s worth knowing what’s on here.

What is in a background check?

Background checks run the gamut from the simple to the deeply complex.

Some services, like TruthFinder, will reveal whether or not you committed crimes, assets tied to your name, as well as information associated with you.

These are often used in job applications, but can still be used for renting purposes.

Many landlords will go a little more in-depth with their searches and use renting-specific software to run your name.

Rent-specific background checks will often bring up more information, including evictions and even noise complaints that won’t show up on a credit report.

What is a tenant score and will it affect me?

Tenant scores are a model similar to credit scores, but for tenancy.

Landlords can report good and bad behavior to rental platforms, which in turn can help landlords pick tenants.

Some will use the mathematical models in credit score to compare your potential tenancy with others.

That said, there are only a couple of companies that compile tenant scores and they are not nearly as common as traditional credit reports.

Can I get an apartment in NYC with a felony on record?

All is not lost, though it is absolutely true that felons have a much harder time finding a rental establishment than others do.

Many landlords will rent to felons whose crimes are far behind them in the past. If the crime is a relatively minor issue, landlords will also be more lenient if you explain what happened.

Read on How to Get an Apartment with a Criminal Record, and find out the expert tips on what you can do.

A Final Word Of Advice

It can be very discouraging to be rejected from an apartment application. In fact, it can be downright hurtful.

Though it does happen, you shouldn’t give up on finding the right apartment for you.

There are rooms and apartments for rent just about everywhere in this city, and if you look long enough, you’ll find your own perfect home.

What is a Guarantor for a Rental Apartment?

What is a Security Deposit on a NYC Rental Application?

Tax & Mortgage Differences of Buying a Second Home Vs. Primary In New York