CITY
The quintessential Harlem Neighborhood guide. Learn why people are moving to this neighborhood and find exciting places to eat, drink, and play. Explore getting around, local parks, nightlife and much more. 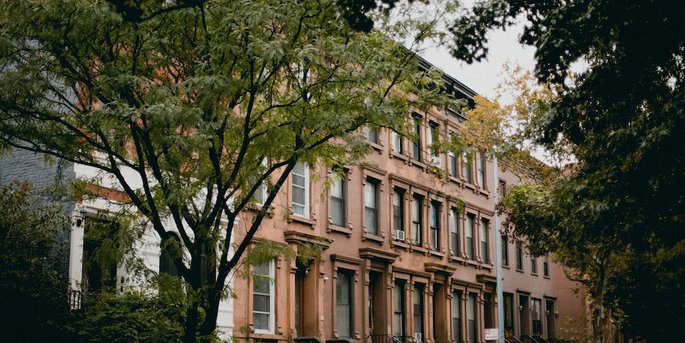 It's cradle between the neighborhoods of East Harlem, Morningside Heights, and Washington Heights.

Harlem is divided into two sections - Central and West, and includes numerous subdivisions such as Manhattanville, Sugarhill, and Hamilton Heights.

This area was well-known for the "Harlem Renaissance" in the 1920's and 30's, where celebs and artists flocked to the neighborhood to enjoy speakeasy drinking and performances by some of the best jazz musicians and dancers of the day.

A venue that's still popular today for performances and appearance by famous celebrities, The Apollo Theater is a historic theater that started as a burlesque theater in 1913.

Harlem is a great place to learn about black history, music, and art in New York and America, rich with libraries, museums, and galleries.

It's also a great place for peaceful views on the Hudson by heading over the Riverbank State Park. Harlem enjoys the presence of three parks within its boundaries and borders Morningside Park and Central Park.

Harlem offers a wealth of housing. Wide streets and fully-renovated century-old brownstones, limestone and brick townhouses make up most of Harlem's sound architecture.

Co-ops and condominiums are few and far between in this historically-rich neighborhood.

Attending Harlem church has become quite popular. So popular in fact that guests are often times turned away for lack of space.

Morning services are usually less crowded but remember to arrive early to ensure you get a spot!

FUN FACT: The Great Migration was the time from 1910 through 1920 where African Americans in large numbers migrated from the South to the North, after the Civil War for a better life.

What Celebrities Live in Harlem

Harlem has a long rich history and a lot of character but very few celebrities have decided to call it their home.

If you're looking to move, here are the average rent prices in the Harlem neighborhood:

Harlem contains 37 primary and secondary schools. Charter schools are more plentiful here than any other part of NYC and usually outperform other non-charter schools in the neighborhood.

Nonetheless, there is still an ongoing concern that Harlem schools are performing below other schools located in different areas of the city.

Here are some of the top performing schools that stood out:

From Ethiopian to Soul Food, Harlem's eight zip codes have a cuisine variety to cater to your palate.

If you're looking to take in more of the local scenes, the stop by Sylvia's Restaurant. For soul food, this is the biggest name in the city! They even have gospel brunch with live music every Sunday.

In the mood for Mexican? Stop by Oso, a cute little spot on Amsterdam Ave, for some delicious tacos and margaritas. Or choose anything from their wide-ranging menu and you won't be disappointed.

Voted #2 best chicken and waffles in the country, Amy Ruth's Home Style Southern Cuisine was inspired by the memory of a loving grandmother. The love does indeed live on through Amy's excellent southern food.

How Safe is the Harlem Neighborhood?