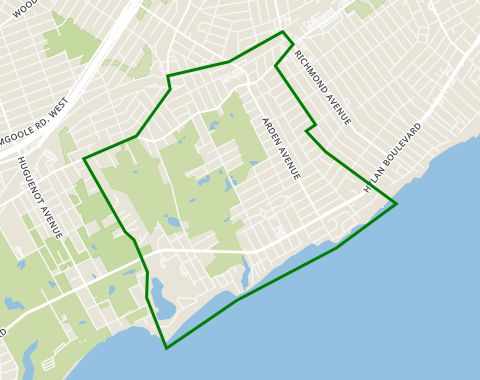 Annadale is one of New York's many neighborhoods that residents claim doesn’t feel like New York (except for all those other neighborhoods that don’t feel like New York). The neighborhood is a stop on the Staten Island Railway and has several bus lines passing through as well. This makes it easier to enter other boroughs, although the neighborhood's amenities don't make leaving extraordinarily necessary. There's parks, beachfront, plenty of shopping, and enough bars and restaurants to go bar hopping. There's even Blue Heron Park Preserve, a massive refuge full of marshes, fishing ponds, hiking trails, and Blue Herons, which can grow as high as four-feet-tall. Most residents own their home, with detached three-bedroom, three-bathroom houses ranging in price between a million to half a million dollars, although prices can grow to hire given the presence of beachfront mansions. It's also possible to rent one to three-bedroom apartments for $1,000 to $2,200 (or more) per month.

These are the average rental prices in Annadale by apartment size. To find out how much you need to earn in order to qualify for these prices, go to our salary calculator.

These trains run through Annadale. In addition, city buses are also available in this area.

No subway lines in Annadale