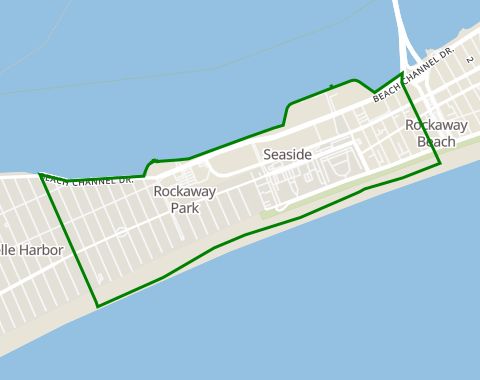 The other Irish Rivera, Rockaway Park's Irish population isn't nearly as big as Breezy Point's 54%, but at 36% it's still pretty big! So big, in fact, that the Saint Patrick's Day parade in Rockaway is second only to the one in Manhattan. The neighborhood extends down Beach 116th Street between Beach Channel Drive to Ocean Promenade. Access to Manhattan is provided by the A line, buses, as well as the Long Island Rail Road and a ferry that makes stops at Pier 11/Wall Street, Beach 108th Street, and Brooklyn Army Terminal. One of the world's longest boardwalks extends from Belle Harbor to Far Rockaway, providing activity both during the summer and winter, making Rockaway Park the place to be of nearby communities that offer nothing other than beach access. As with many of the communities in the area, residents of Rockaway Park enjoy many above average school districts.

These are the average rental prices in Rockaway Park by apartment size. To find out how much you need to earn in order to qualify for these prices, go to our salary calculator.

These trains run through Rockaway Park. In addition, city buses are also available in this area.