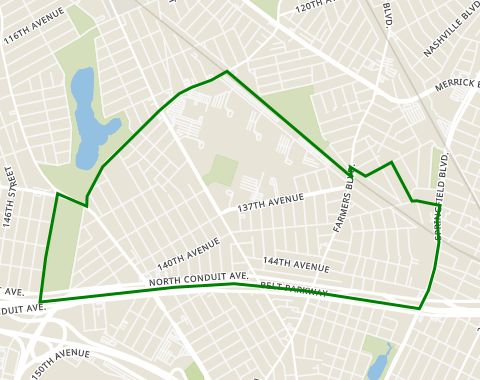 The namesake of Rochdale is a large housing complex found in the northern end of this Queens neighborhood. Rochdale Village is so big that until 1971, it was the world's largest private co-op. The history of Rochdale dates back to its roots as an English town called Rochdale, itself the birthplace of cooperative living principals. The housing complex took up 120 acres and was park-like in nature. Previously, the site was home to the Jamaica Racetrack, which was torn down to make room for the massive village, which was finally completed in 1963. Around Rochdale, one will find lawns and pathways, as well as the sound of airplanes departing and arriving from the nearby JFK Airport. While no subway stops service the area, there are bus routes as well as the Long Island Rail Road's Atlantic Branch. Rochdale Village has its own 21-megawatt power plant generating electricity, heat, air-conditioning, and hot water. The power plant also services to shopping malls.

These are the average rental prices in Rochdale by apartment size. To find out how much you need to earn in order to qualify for these prices, go to our salary calculator.

These trains run through Rochdale. In addition, city buses are also available in this area.

No subway lines in Rochdale