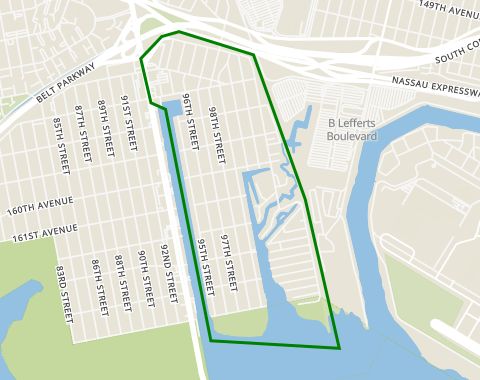 Opposite Howard Beach is Old Howard Beach right across Shellbank Basin. It bears the name and is the site of a beach resort hotel, Hotel Howard, that was built at the turn of the 20th century. There were additional beach cottages, club houses, and a boardwalk at the time, that all ended up disappearing in a terrible fire less than 10 years later. As Old Howard Beach is almost exclusively made up of detached and semi-attached homes, home ownership is far more prevalent, although rentals are not unheard of in this area. Because Hawtree Creek and Basin run right into the neighborhood, many houses stand partially over the water itself. Even though this neighborhood is certainly far from the epicenter of New York City, the A train line does stop in this neighborhood. From there you have access to not only to Old Howard Beach, but also the Airtrain to JFK airport. Getting around is easy on bus, car, and even by foot as the neighborhood is barely half a mile long. Old Howard Beach being strongly residential, you'll find all your shopping and restaurants easily available in nearby Howard Beach.

These are the average rental prices in Old Howard Beach by apartment size. To find out how much you need to earn in order to qualify for these prices, go to our salary calculator.

These trains run through Old Howard Beach. In addition, city buses are also available in this area.