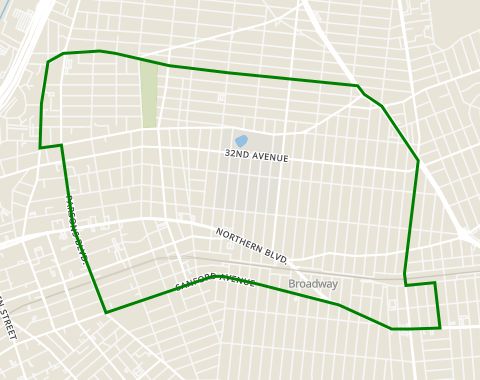 Murray Hill is probably best known for being an East Side neighborhood in Manhattan. This Murray Hill in Queens is just east of central Queens and some may view this as one of the "spillover" neighborhoods of Flushing. Historically, this area was a series of nurseries owned by the Murray Family. Today, the neighborhood is very green and enjoys a bit of history as well. Murray Hill boasts not one but two historic houses, the Kingsland Homestead and the Voelker Orth Museum. The neighborhood landscape consists of some low-rise apartment buildings, the vast majority of housing consists of semi-detached and single family homes, especially around the historic area of Bowne Park. Prices are not as competitive here as other areas of Queens as much of the namely Korean and Chinese population from Flushing and transferred to nearby Murray Hill, creating a lot of dynamism in the market. Previously, Murray Hill was predominantly made up of Irish and Italian families. It's no wonder why so many would choose to move to this neighborhood. With its green quaint landscape and highly residential atmosphere. Almost all retail business is confined to Northern Boulevard, where you'll find an amazingly Korean selection of restaurants and supermarkets. Murray Hill is beyond the reaches of mass transit, but you still can get here by the LIRR commuter train.

These are the average rental prices in Murray Hill by apartment size. To find out how much you need to earn in order to qualify for these prices, go to our salary calculator.

These trains run through Murray Hill. In addition, city buses are also available in this area.

No subway lines in Murray Hill