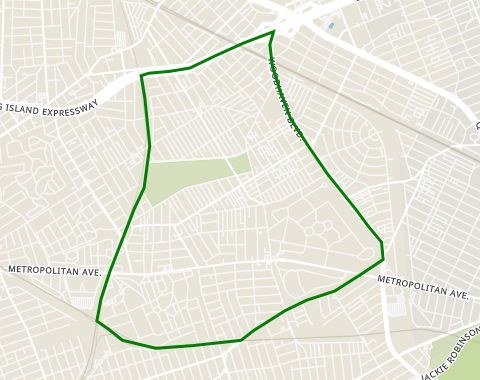 Middle Village is a quaint and green neighborhood near central Queens not far from more popular neighborhoods like Rego Park and Forest Hills. The area is almost solely made up or houses--single family, two-family as detached houses, semi-detached, and rowhouses. Home ownership is more prevalent than rentals, although rental prices are very affordable. Buying is also a viable option in this neighborhood for those who don't have millions to dish out on a house. Many of these homes have been passed down from generation to generation and the community population remains more or less stable. Other than the last stop on the M train, Middle Village fairly inaccessible by mass transit. A number of buses run across the neighborhood and walking distances from homes are reasonable enough from the buses. Heavily residential, Middle Village does have a few avenues laden with retail businesses and restaurants such as Metropolitan and Eliot Avenues. The true point of neighborhood pride would be be Juniper Valley Park, which is fully equipped with a variety of sports and recreational facilities and fields, but is also gorgeously landscaped as a botanical oasis.

These are the average rental prices in Middle Village by apartment size. To find out how much you need to earn in order to qualify for these prices, go to our salary calculator.

These trains run through Middle Village. In addition, city buses are also available in this area.

No subway lines in Middle Village