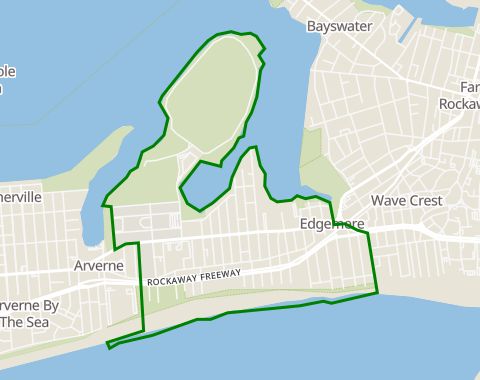 Edgemere is a community in Queens that extends from Beach 32nd Street to Beach 52nd Street. As reported by Curbed New York, the neighborhood was devastated by Hurricane Sandy and the Great Recession, both of which left vacant homes in the wake of their destruction. In recent years, Edgemere, whose name literally means “Sea’s Edge”, has been the laboratory for New York City’s plans for dealing with climate change. Proposed initiatives include spending $14 million on a raised shoulder along the unprotected coastline, elevating 41 attached homes to mitigate the risk of flooding, and, most ambitiously, replacing the salt marsh along Jamaica Bay with a rocky shoreline. Residents have already been offered funds to relocate to homes that will be constructed further from the shore. Regardless, many fear that, ultimately, Edgemere will be consumed by rising water levels, just as it was consumed by the rising waters of an indifferent economy.

These are the average rental prices in Edgemere by apartment size. To find out how much you need to earn in order to qualify for these prices, go to our salary calculator.

These trains run through Edgemere. In addition, city buses are also available in this area.