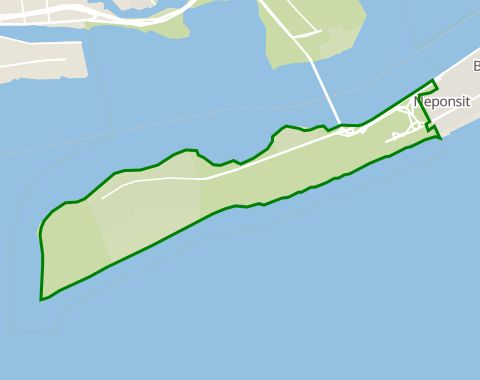 The community of Breezy Point is run by the Breezy Point Cooperative. Community members make financial contributions for maintenance, security, and the expense of keeping the community private. The 500-acre enclave can be found on the western end of the Rockaway Peninsula, sandwiched by the Rockaway Inlet, Jamaica Bay, and the Atlantic Ocean. Directly to the west is Breezy Point Tip, a part of the Gateway National Recreation Area, where one can enjoy beaches, sand dunes, and marshland. Breezy Point has been called the "Irish Riviera" by some because it's 99% white and the only community in the United States where, at 54%, the majority of the population is of Irish ancestry, according to an article by the NY Times from 2017. Residents of the community own their own houses, but in order to buy a home, you need to have 50% of the cost in cash as well as three references from people who already belong to the community, which all but ensures that the Irish Riviera will remain just as it is.

These are the average rental prices in Breezy Point by apartment size. To find out how much you need to earn in order to qualify for these prices, go to our salary calculator.

These trains run through Breezy Point. In addition, city buses are also available in this area.

No subway lines in Breezy Point