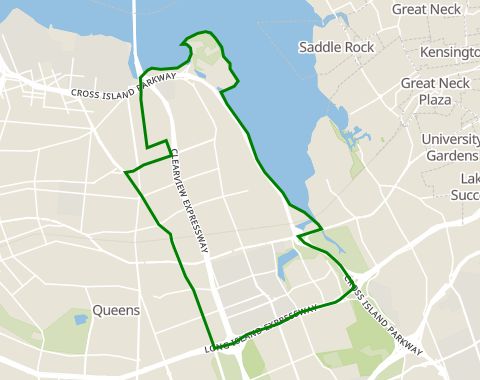 The neighborhood of Bayside encompasses a large territory west of Little Neck Bay and contains many subdivisions within its borders. The area has a long history as it was settled by the Dutch as early as the 1600s. Bayside communities are middle class and mainly consists of single-family homes. Residents enjoy the quiet solitude of the neighborhood as well as access to beautiful parks like Crocheron and Fort Totten Parks, as well as waterfront view from Little Neck Bay and Long Island Sound directly to the north. Bayside offers a feeling of being in a small town within the big city. Bayside's Bell Boulevard is the neighborhood's main strip which features ice cream shops, coffee shops, restaurants, and other retail businesses. The LIRR is accessible here, but the whole point people live in this community is to live far away from the hustle and bustle of urban life.

These are the average rental prices in Bayside by apartment size. To find out how much you need to earn in order to qualify for these prices, go to our salary calculator.

These trains run through Bayside. In addition, city buses are also available in this area.

No subway lines in Bayside