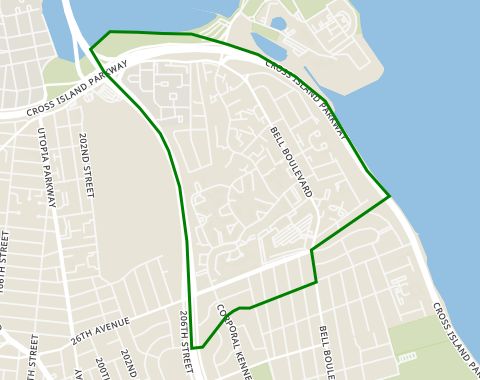 Bay Terrace is a well-to-do neighborhood that encompasses gated cooperatives and condominiums, as well as single family homes. The area is bordered by the East River, the Throgs Neck Bridge, the Clearview Expressway, and the Cross Island Parkway. Residents get to enjoy an urban setting populated by plenty of bars, restaurants, coffee places, and parks. Bay Terrace was entirely made of farms and large estates until residential development began in the 50s, continuing all the way to the mid-60s. It was during that time that the Bay Terrace at Bayside Shopping Center was built. It contains over 50 stores including an Old Navy, Sephora, an Outback Steakhouse, and continues to grow to this day. Bay Terrace is also notable for its higher than average population of retirees. The neighborhood also skews politically liberal. The area considered family friendly, experiences significantly less crime than the rest of the nation, and has above average public schools.

These are the average rental prices in Bay Terrace by apartment size. To find out how much you need to earn in order to qualify for these prices, go to our salary calculator.

These trains run through Bay Terrace. In addition, city buses are also available in this area.

No subway lines in Bay Terrace