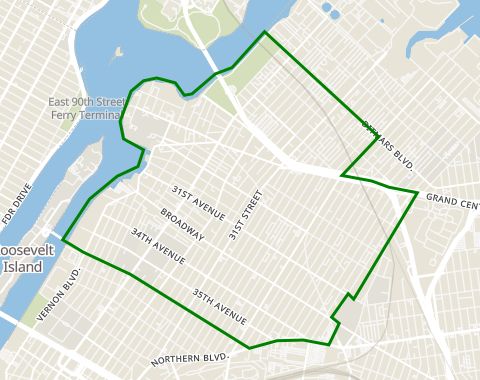 One of the most popular neighbors in Queens is Astoria, just north of Long Island City and across the river from the city. Astoria has long since been known for being an enclave for immigrants, starting in the mid-1800's. Today, it is an amazingly diverse community with immigrants from numerous countries and New Yorkers from all walks of life. Many Manhattanites also began moving to the area in the 1990's and early 2000's, as this neighborhood was a fast commute to the City with lots of great restaurants right in the neighborhood. The number of restaurants and businesses have grown ten-fold. Although in Queen, Astoria offers some of the highest real estate prices, they do pale in comparison to LIC and most popular neighborhoods in Brooklyn. What's more is that Astoria has a lot of culture right in the neighborhood. Residents and visitors have lots of options like the Museum of the Moving Image, the Noguchi Museum, Socrates Sculpture Park, the Modern Art Foundry, the Bohemian Hall, and Astoria Park just to name a few.

These are the average rental prices in Astoria by apartment size. To find out how much you need to earn in order to qualify for these prices, go to our salary calculator.

These trains run through Astoria. In addition, city buses are also available in this area.