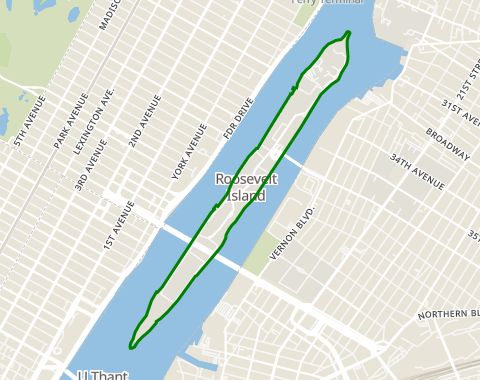 This narrow island in the East River hosts a freeing respite both noticeably slower-paced and intimately connected to the city’s bustle. The cars are few, the restaurants neighborly, and the evenings quiet. The secret of the island has somewhat gotten out, however: over the long term prices have spiked, while remaining lower than the majority of their main-island counterparts. The island is home to a large international population, several buildings owned by New York hospitals, and a plethora of outdoor spaces, like the bustling community garden, baseball diamonds and tree-lined promenades. Emma Goldman and Boss Tweed number among former residents. Perhaps the most thrilling aspect of small island life is the commute: residents can take an aerial tram or a ferry to Manhattan with an average travel time of less than ten minutes.

These are the average rental prices in Roosevelt Island by apartment size. To find out how much you need to earn in order to qualify for these prices, go to our salary calculator.

These trains run through Roosevelt Island. In addition, city buses are also available in this area.