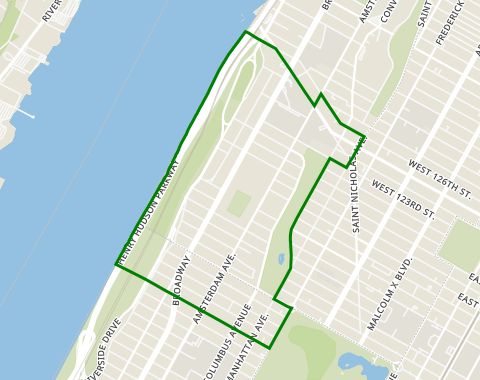 With Barnard, Columbia and several smaller schools all within its borders, Morningside Heights moves at a different rhythm than the rest of the city, especially during the school year. It almost feels like a college town or a village with a kind of youthful liveliness. The neighborhood, which runs from West 110th street to West 125th street is bracketed by the verdant greenery of Riverside and Morningside parks, and there are many other open leafy spaces in scattered courtyards and tucked inside school walls. There are plenty of coffee shops, bookstores, cheap eats, and bars catering to the student population, but the side streets are generally quieter. The neighborhood overall sports a quaint, peaceful and cultured atmosphere.

These are the average rental prices in Morningside Heights by apartment size. To find out how much you need to earn in order to qualify for these prices, go to our salary calculator.

These trains run through Morningside Heights. In addition, city buses are also available in this area.