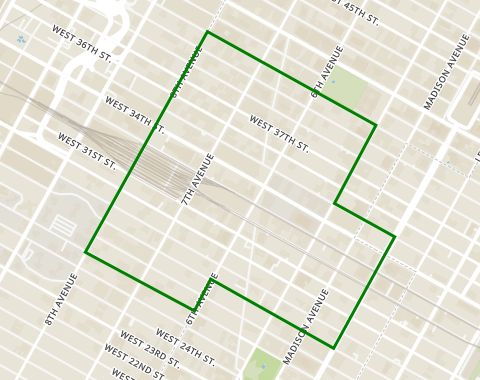 Midtown South is known less as a geographic boundary and more as an attitude. Although there is some dispute over its exact boundaries, there’s no question the neighborhood below central park but not quite Downtown has an up-and-coming, sophisticated air. It is home to celebrities like Chelsea Clinton and many a sleek high rise luxury developments. The neighborhood is less trendy, and thus less expensive than Downtown, but houses a number of NYC stables, like Madison Square Park and the NY Life Tower. Midtown South is undergoing its own Downtown-esque revitalization, with an increase in development and appeal for price-conscious Millenials. New tech giants like Google, Sony, and Facebook have also lent the area a dynamic and exciting atmosphere, and restaurants and clubs are flocking to the area, fueling its diversity.

These are the average rental prices in Midtown South by apartment size. To find out how much you need to earn in order to qualify for these prices, go to our salary calculator.

These trains run through Midtown South. In addition, city buses are also available in this area.