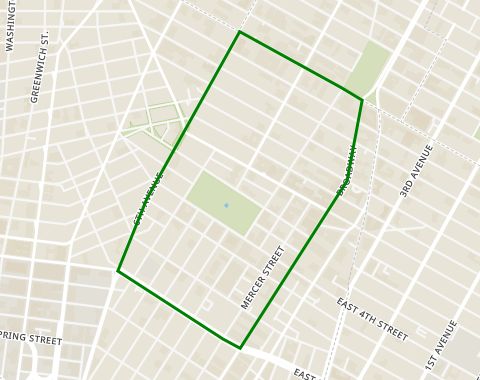 Also famous for being the epicenter of the counterculture movement in the 1960s, Greenwich Village is a creative and cozy neighborhood located in lower Manhattan. Housing mostly consists of 19th-century rowhouses and brownstones, mid-rise apartments and a few single-family walk-ups The vibe is very laid-back and uniquely trendy. There is a strong LBGTQ culture and progressive mindset in most residents due to it being the epicenter of the gay rights movement in the United States as well as the area where many other political, artistic and cultural movements began. All narrow streets in the neighborhood have names and do not contain numbers like the rest of the city. Many popular hot spots can be found in and around Washington Square Park and MacDougal Street. Notable residents have included Leonardo DiCaprio and Anderson Cooper.

These are the average rental prices in Greenwich Village by apartment size. To find out how much you need to earn in order to qualify for these prices, go to our salary calculator.

These trains run through Greenwich Village. In addition, city buses are also available in this area.