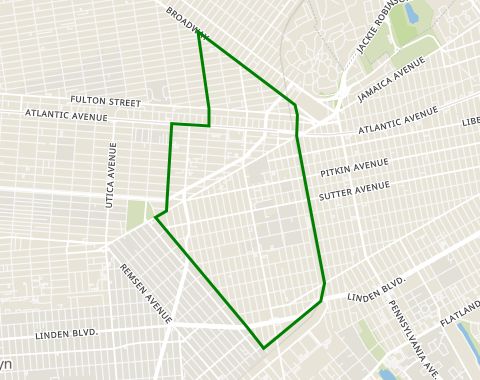 Situated between Bedford-Stuyvesant and Cypress Hills, Ocean Hill is a residential neighborhood located in central Brooklyn. Since the 1990s, it has been in the process of gentrification and revitalization, as many of the buildings were badly burned and abandoned after the 1977 NYC major blackout. As many buildings and brownstones are being restored, a diverse array of ethnic residents are moving in due to lower rent prices. Since it is a sub-neighborhood of Bedford-Stuyvesant, many residents do consider themselves part of that population. In addition to a few high-rise housing projects, housing mostly consists of one and two-family buildings and multi-unit apartment buildings.

These are the average rental prices in Ocean Hill by apartment size. To find out how much you need to earn in order to qualify for these prices, go to our salary calculator.

These trains run through Ocean Hill. In addition, city buses are also available in this area.

The School Of Integrated Learning