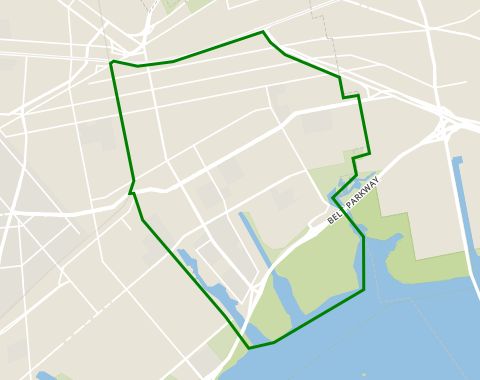 East New York is a rather affordable low-income residential neighborhood located in the eastern portion of Brooklyn close to the JFK Airport. It is historically diverse and rich in culture with several authentic ethnic cuisines. It has numerous public housing developments, pre-war and multi-unit apartment buildings as well as some blocks lined with multi-unit semi-detached row houses. The Gateway Estates retail center is a popular shopping destination. Linden Boulevard and Atlantic Avenue are the main commercial areas of the neighborhood. Highland ark is a popular public park offering ball fields, basketball courts and playgrounds. Notable residents have included CEO of Goldman Sachs, Lloyd Blankfein and Mob Boss, John Gotti.

These are the average rental prices in East New York by apartment size. To find out how much you need to earn in order to qualify for these prices, go to our salary calculator.

These trains run through East New York. In addition, city buses are also available in this area.