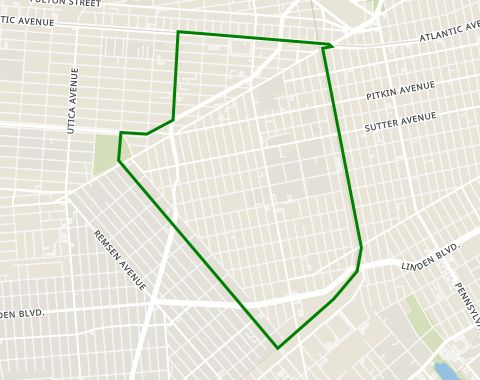 Brownsville is located in east Brooklyn and, most notably, has a notorious reputation as one of the most crime-ridden neighborhoods in New York City. Public housing covers the area’s entire square mile and it is safe to say that gentrification has not quite taken effect. The lack of desirable housing and surrounding neighborhoods that also have high poverty and crime will cause change to take slower than other neighborhoods have experienced. Many of the neighborhoods empty lots were converted into community gardens which are maintained by several community groups and provide food for residents. The first and only landmark is Betsy Head Park is located on the north side of Livonia Avenue and includes multiple recreational facilities and a running track.

These are the average rental prices in Brownsville by apartment size. To find out how much you need to earn in order to qualify for these prices, go to our salary calculator.

These trains run through Brownsville. In addition, city buses are also available in this area.

Middle School For Art And Philosophy

The School Of Integrated Learning