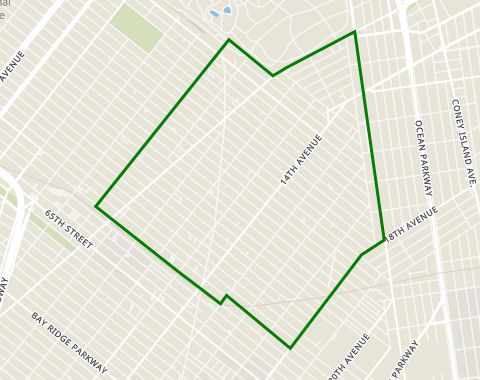 Borough Park is a large neighborhood located in the southwest portion of Brooklyn. Over 80% of the population, or roughly 100,000 people, identify as Orthodox or Hassidic Jews. It is considered one of the most culturally and religiously Orthodox communities to live. It is a family-friendly neighborhood but overcrowding has become an issue due to prevalence and tradition of raising large families. This is one of very few places in America that caters specifically to the Orthodox community. Shopping is heavily impacted by the culture so it is not unusual to see most businesses closed on Saturday in observance of the Sabbath. Most restaurants are kosher as well as grocery stores and even hotels.

These are the average rental prices in Borough Park by apartment size. To find out how much you need to earn in order to qualify for these prices, go to our salary calculator.

These trains run through Borough Park. In addition, city buses are also available in this area.