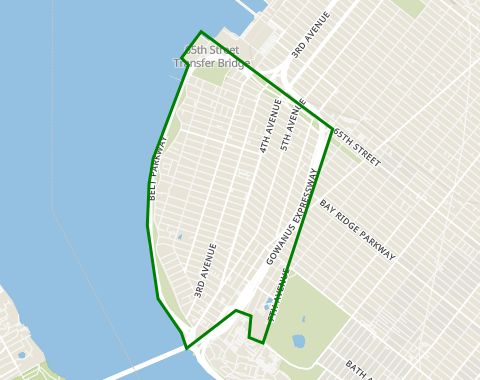 Bay Ridge is a family-oriented residential neighborhood located in the southwestern corner of Brooklyn. Also referred to as “the heart of Brooklyn’s Arab community,” the community is home to a large number of Middle Eastern and Arab Americans. There is a large number of ethnic restaurants and an even larger amount of bars located along the area’s two thoroughfares, Thirds, and Fifth Avenues. Housing consists mostly of co-ops, condominiums, low-rise apartment buildings and a considerable amount of single and multi-family homes. Over the years it has done well to maintain a small-town vibe with a strong sense of community. Notable residents that have lived here include actor and television host Jimmy Fallon and former chairperson of the Federal Reserve Janet Yellen.

These are the average rental prices in Bay Ridge by apartment size. To find out how much you need to earn in order to qualify for these prices, go to our salary calculator.

These trains run through Bay Ridge. In addition, city buses are also available in this area.