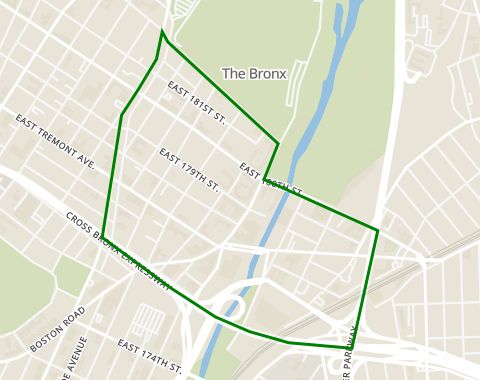 Despite its moniker, West Farms couldn't be further from rural or agricultural. West Farms is a small urban neighborhood south of Bronx Park--directly below the Bronx Zoo. West Farms started out as a settlement that played a part in the Revolutionary War. The neighborhood, like much of the Bronx underwent a period of poverty and crime, but nowadays major changes and developments plus a major drop in crime in West Farms is reining in a new era. New construtions, shops, and parks have added much needed upside to the area. In addition, the 2/5 line runs straight to the neighborhood, which has access to parks and recreational spaces.

These are the average rental prices in West Farms by apartment size. To find out how much you need to earn in order to qualify for these prices, go to our salary calculator.

These trains run through West Farms. In addition, city buses are also available in this area.

The School Of Science And Applied Learning