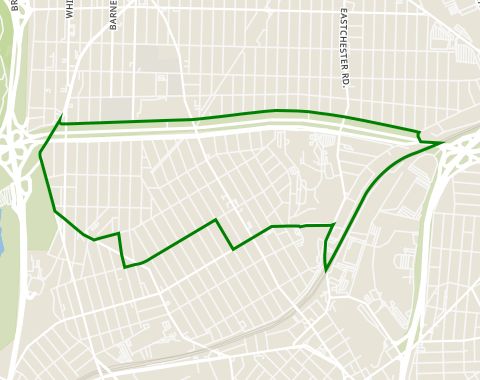 Pelham Parkway is a middle-class neighborhood located in the central Bronx. It runs from the Bronx River Parkway to Pelham Bay Park. The main thoroughfare of this area is White Plains Road. The population is very ethnically diverse and consists of a wide variety of ethnic backgrounds like Albanians, Arabs, Dominicans, Jamaicans, Russians, Jews, and African Americans. Housing mostly consists of detached Art Deco and Tudor style apartment buildings, six and seven-story apartment houses and modern two and three-unit row-houses. A popular local attraction is Bronx Park which is home to the Bronx Zoo and the New York Botanical Garden.

These are the average rental prices in Pelham Parkway by apartment size. To find out how much you need to earn in order to qualify for these prices, go to our salary calculator.

These trains run through Pelham Parkway. In addition, city buses are also available in this area.