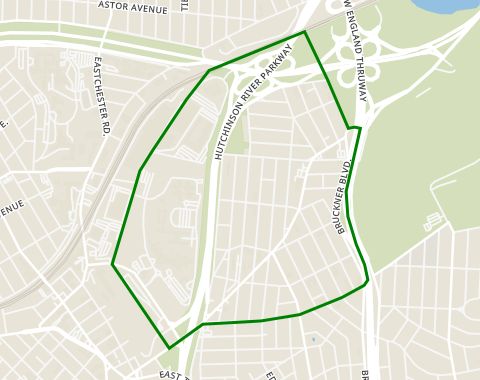 Pelham Bay is a quiet residential neighborhood located in the Bronx. It is sandwiched between Pelham Parkway on the north and Bruckner Expressway (I-95) on the south. More than three times the size of Central Park, Pelham Bay Park is the largest public park in New York City located on the northeastern border. It is complete with a recreational facility, playground, golf course, and racetrack. Two cross streets form the main intersections where most stores and businesses reside – Westchester Avenue, Buhre Avenue, Middletown Road, and Crosby Avenue. This is a very family-oriented neighborhood and contains multiple playgrounds including Westchester Square Playground. While the population is very diverse, the majority of the community consists of Whites and Hispanics.

These are the average rental prices in Pelham Bay by apartment size. To find out how much you need to earn in order to qualify for these prices, go to our salary calculator.

These trains run through Pelham Bay. In addition, city buses are also available in this area.