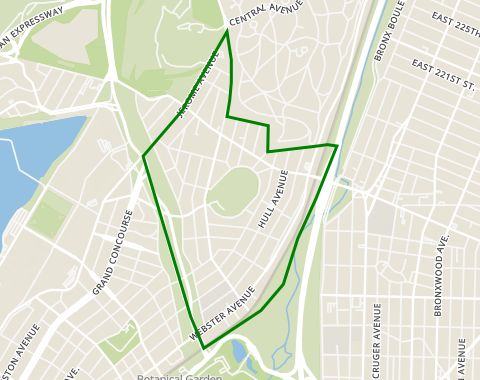 Norwood is a very small triangular neighborhood south of Van Cortlandt Park and Woodlawn Cemetary. While there are a few single-family houses that remain, the majority of the neighborhood is made up of mid-rise apartment complexes and smaller multi-family houses. At the very center of Norwood lies Williamsbridge Oval, a recreational park with a number of playgrounds, a running track, tennis courts, a splashpad, bocce ball courts, and sports field. For added convenience, the 4, B, and D lines stop in the area. Norwood is home to a few historic sites like the Valentine-Varian House, a pre-Revolutionary built house that belonged at some point in time to two wealthy families including the Varian family that produced a New York City mayor.

These are the average rental prices in Norwood by apartment size. To find out how much you need to earn in order to qualify for these prices, go to our salary calculator.

These trains run through Norwood. In addition, city buses are also available in this area.