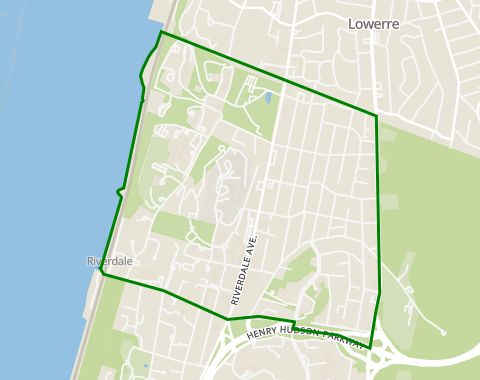 North Riverdale borders the very north boundary of the Bronx and upstate New York. It's a subneighborhood of Riverdale, and has frontage right on the Hudson, making it fantasic for sweeping views. North Riverdale has so much greenery, you'll feel as though you are in Westchester rather than New York City. The quiet calm residential streets will make you feel you are somewhere else rather than the largest and most urban metropolitan area of the country. The east side of North Riverdale consists of private houses and direct access to Van Cortlandt Park, while the west side consists of apartment complexes, parks, and private houses by the waterfront. Along Riverdale Avenue, you'll find most of the neighborhood's restauraunts, supermarkets, and shops. While this is one of the most expensive areas of the Bronx, real estate prices generally pale in comparison to Manhattan or Brooklyn's.

These are the average rental prices in North Riverdale by apartment size. To find out how much you need to earn in order to qualify for these prices, go to our salary calculator.

These trains run through North Riverdale. In addition, city buses are also available in this area.

No subway lines in North Riverdale