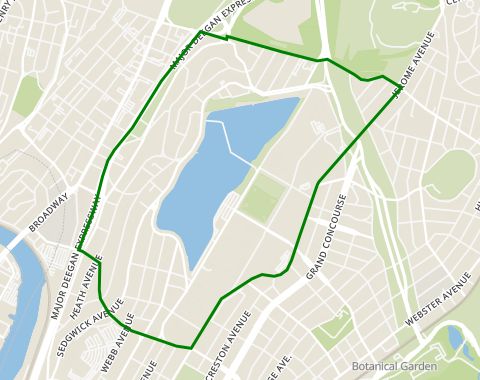 Kingsbridge Heights is a residential neighborhood located in the northwest portion of the Bronx. It is sandwiched between Van Cortlandt Park on the north and Fordham Road on the south. As residents are being priced out of other boroughs, this area is becoming increasingly popular. Many new residents are drawn to it for its close proximity Midtown Manhattan, easy access to public transit as well as its numerous cultural and recreational options. In addition to The Jerome Park Reservoir, many smaller parks named after Revolutionary era forts are popular among residents including Old Fort Park, Fort Four Park, and Fort Independence Park. The vibe here is family-oriented and tight-knit. Housing mostly consists of multi-unit detached homes and older tenement buildings.

These are the average rental prices in Kingsbridge Heights by apartment size. To find out how much you need to earn in order to qualify for these prices, go to our salary calculator.

These trains run through Kingsbridge Heights. In addition, city buses are also available in this area.

No subway lines in Kingsbridge Heights

East Fordham Academy For The Arts

Academy For Personal Leadership And Excellence