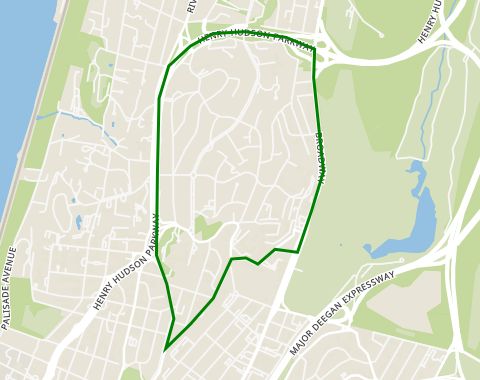 Fieldston, a sub-neighborhood of Riverdale, is synonymous with affluence in a nearly country-like setting. Riverdale and Fieldston fetch the highest real estate prices in both the sales and rental markets of the Bronx. Traveling through the neighborhood will make that no surprise. Situated on the western border of Van Cortlandt Park, many properties consist of historic mansions and houses of various style; although notably there are many tudor-revival houses. The neighborhood has a designated historic district with numerous landmarked buildings and houses. Fieldston is not just another picturesque quaso-rustic New York neighborhood. It has a healthy number of restaurants, cafes, and bars, not to mention access to Van Cortlandt Park--the third largest park in the five boroughs. Fieldston also happens to be home to three of the best known private schools in New York City- Ethical Culture at Fieldston, Riverdale Country School, and Horace Mann School. Think posh New England-style private schools, in an equally beautiful setting. Although, this area of Bronx feels exclusive, like the rest of the borough it's still one of the city's best kept secrets.

These are the average rental prices in Fieldston by apartment size. To find out how much you need to earn in order to qualify for these prices, go to our salary calculator.

These trains run through Fieldston. In addition, city buses are also available in this area.

No subway lines in Fieldston