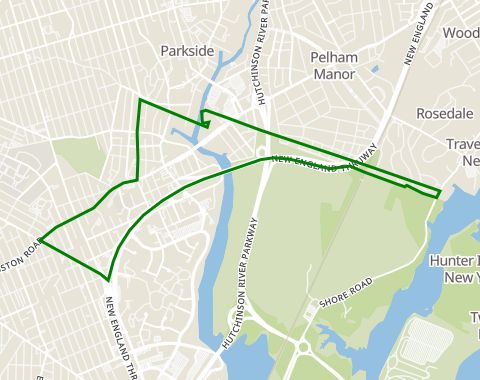 Eastchester borders Westchester, meaning it is one of the northernmost neighborhoods in the Bronx. The area is generally low-lying with mostly 1-2 family houses. Eastchester is home to the largest NYCHA complex with 40 buildings. While there are a few landmarked buildings, most of the area can be described as very indistinct from other "fringe" neighborhoods in the five boroughs. The neighborhood does have a number of big box stores, but the true treasure is the its views of Hutchinson River and Pelham Bay Park. The park area was once used as a landfill and industrial graveyard of sorts. Today Pelham Bay Park houses the Thomas Pell Wildlife Refuge, and there are continuing efforts to clean up the river, creek, and park, as well as environmental studies. The park has unofficial hiking trails and serves as a refuge for local wildlife that include different types of bird species, deer, skunk, wild turkers and coyotes.

These are the average rental prices in Eastchester by apartment size. To find out how much you need to earn in order to qualify for these prices, go to our salary calculator.

These trains run through Eastchester. In addition, city buses are also available in this area.