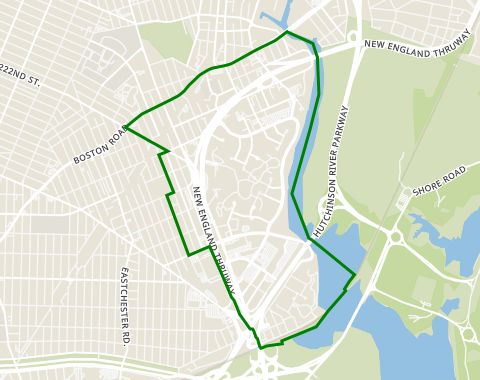 Co-Op City is the world’s largest cooperative middle-income housing development located in the northeast portion of the Bronx. It includes 15,372 units of housing in 35 high-rises and 236 townhouses. Many think of it as a city within New York City. It has its own shopping centers, schools, newspaper, parks, churches, and even zip code. The first residents moved in November 1968. It is meant to serve citizens that are ineligible for public housing yet unable to afford market-rate private housing. The majority of the development’s 320-acres is open space and dedicated to providing residents with a greenway. Upon its opening, the majority of residents were Jewish, but now over 60 percent are African American with the rest being mostly Hispanic. Most of the streets are named after writers, labor leaders, inventors and Socialists in honor of its progressive origins. Previous notable residents include Justice Sonia Sotomayor.

These are the average rental prices in Co-op City by apartment size. To find out how much you need to earn in order to qualify for these prices, go to our salary calculator.

These trains run through Co-op City. In addition, city buses are also available in this area.