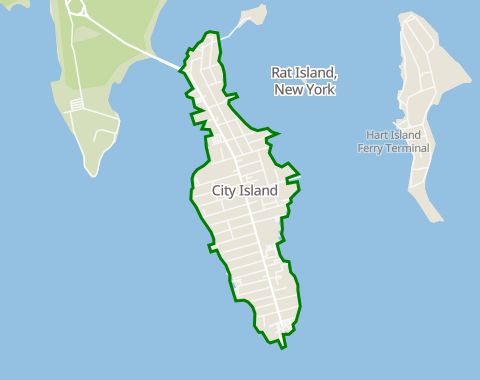 City Island has more in common with any New England seaside town rather than the metropolitan area of New York City. Visitors and residents can easily get to City Island by car, as the island is connected by bridge via Pelham Bay Park. You'll find the majority of the island's shops and restaurants along the main street, City Island Avenue. While there are many newer condos and town houses around the island, there are also plenty of historic victorians, some of which are landmarked. With City Island's strong nautical theme, you'll find most of the restaurants and eateries offering a full varity of seafood, as well as yachting and boating as the area's main recreation. The island has four active marinas and sailing lessons are easily accesible. Other recreational offerings are the City Island Nautical Museum and the City Island Theater. Rental apartments are extremely scarce. Much like the rest of the Bronx, the relatively low median home prices make owning a home much more affordable on City Island.

These are the average rental prices in City Island by apartment size. To find out how much you need to earn in order to qualify for these prices, go to our salary calculator.

These trains run through City Island. In addition, city buses are also available in this area.

No subway lines in City Island