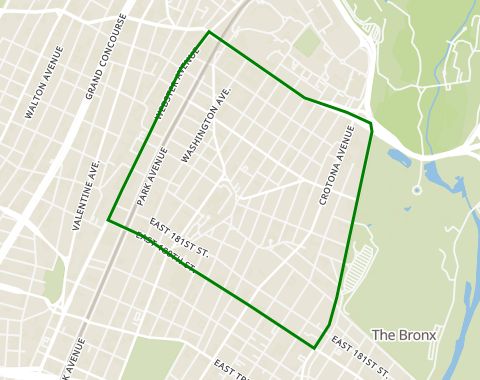 Belmont, located right by the Bronx Zoo and Fordham University, is also known as the "Little Italy" of the Bronx. This old-school New York neighborhood packs a punch when offering Bronx residents good food and culture. Arthur Avenue is the cultural center of Belmont, where you'll find numerous shops, restaurants, and bakeries. As its centerpiece is the Arthur Avenue Retail Market--the original food hall market filled with purveyors of authentic old-world gourmet delicacies, produce, and dishes. Here you'll also find the Bronx Beer Hall, which celebrates Bronx history and local brews. Living in Belmont allows easy access to the Bronx Zoo, one of the largest zoos in the United States as well as the New York Botanical Garden. At 250-acres, the NYBG is not only the largest garden in the city, but arguably the best.

These are the average rental prices in Belmont by apartment size. To find out how much you need to earn in order to qualify for these prices, go to our salary calculator.

These trains run through Belmont. In addition, city buses are also available in this area.

No subway lines in Belmont

The School Of Science And Applied Learning

P.S. 059 The Community School Of Technology